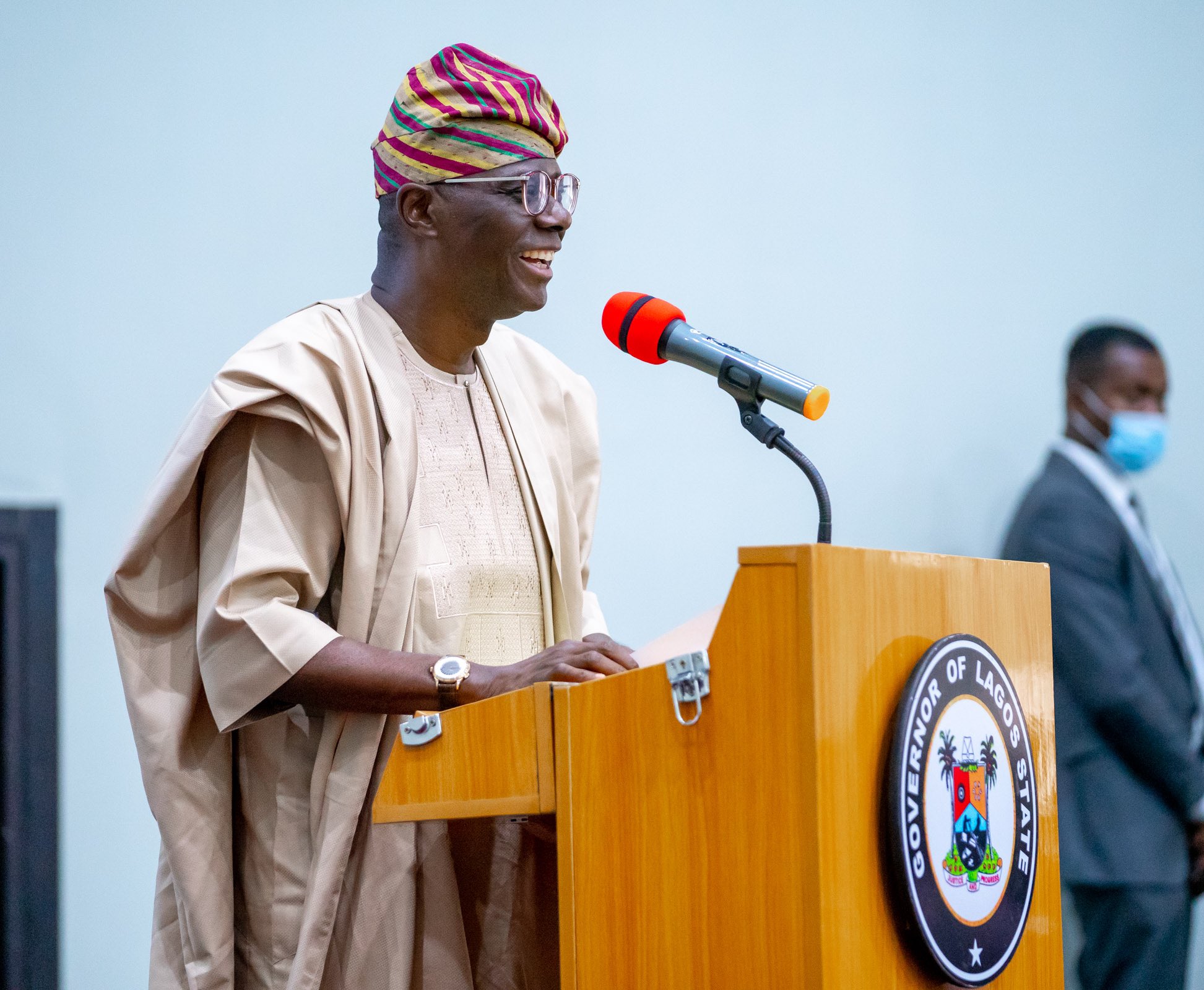 The Governor of Lagos State, Babajide Sanwo-Olu on Wednesday presented N200 million cheques to 37 beneficiaries of the special interest free loan to film makers under the State’s Creative Initiative (LACI), an initiative of the Ministry of Tourism, Arts and Culture.

Governor Sanwo-Olu disclosed that a Nine-Man committee comprising of veteran Film Makers and some senior Government Officials headed by the Commissioner for Tourism, Arts and Culture were set up last year with the mandate of identifying struggling filmmakers that could be empowered with grants and seed fund for film production purposes.

Represented by the Commissioner for Tourism, Arts and Culture, Uzamat Akinbile-Yusuf during the presentation of cheques to the 37 beneficiaries of the special interest free loan to film makers at the Glover Memorial Hall, Lagos, Sanwo-Olu said the aim of the initiative is to address financial challenges that inhibits quality Film Production in Lagos and Nigeria.

In his words, “this Initiative and presentation of cheques being done today is a testament to our commitment to ensure the potentials of the entertainment industry are realized.

“I congratulate the beneficiaries of this Initiative who are receiving their Cheques today. I am without doubt that your proposals and plans must have been really compelling and convincing to the committee.”

Sanwo-Olu admonished the beneficiaries to make judicious use of the loan and pay back at the stipulated time to enable others to be empowered also.

the Commissioner in her remark revealed that before the establishment of this revolving loan for FilmMakers, the Governor had made several interventions aimed at ameliorating the devastating effect of the pandemic since the index case was reported in the Country two years ago on business owners in the hospitality, entertainment and tourism sector.

“Just to mention a few; one of the earliest interventions made by the Governor was the constitution of a palliative Review Committee led by Nollywood veteran actress Joke Silva, where a proposal of One Billion Naira was made as an immediate intervention for the various stakeholders following approval by the Governor. The Ministry subsequently presented Cheques to some of the beneficiaries of this fund at the maiden edition of Lagos Tourism, Hospitality, Arts and Culture Economic Summit (LATHACE) held last year.

To complement this gesture, the Ministry sought the approval of Mr. Governor for a 50 percent rebate for the payment of operating licence fees for the year 2020 by all the practitioners in the entertainment and hospitality sector.

Akinbile-Yusuf averred that the cheques of Two hundred million naira would be presented to 37 successful applicants to these revolving loans under the first batch as more will still emerge as the collation for the second batch of applicants have started.

The Commissioner posits that the state Government is interested in using the revolving funds to bring youths out of unemployment, while also creating entrepreneurs that will use their creativity to enhance the market shares of the film industry.

The Permanent Secretary, Oyinade Nathan-Marsh commended Governor Sanwo-Olu’s doggedness in transforming the Entertainment and Tourism sector and as well as consistently keeping his electoral promises.

According to her, the sector is one the key pillars in the THEMES development agenda of this Administration and deserves the attention being given by Lagos government to grow the economy of the State.

Some of the successful applicants who spoke at the event commended Lagos State Government for fulfilling the promise made to them at an interactive session held with the Governor last year.

One of the beneficiaries, Tunji Ojetola said the exercise was devoid of favouritism and that the application process is seamless and the screening was thorough and professional.

“This is the first time a Government policy is well executed and the commendation should go to Mr. Governor and the Ministry.”

Veteran filmmaker and director, Adebayo Salami popularly known as Oga Bello, who spoke on behalf of his colleagues also praised the State Government and promised that they will utilize the fund well and pay back without defaulting.