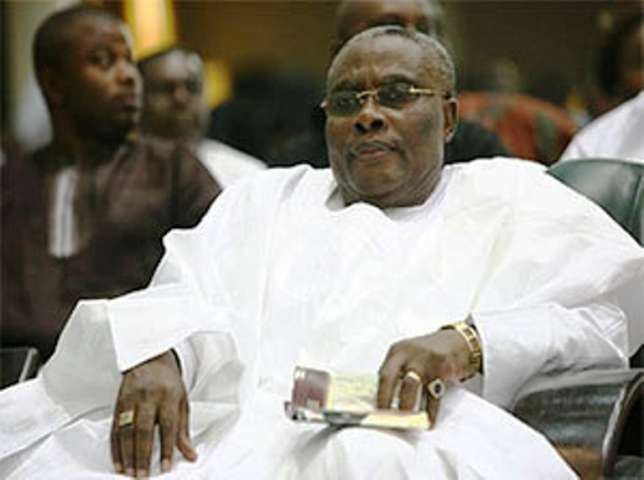 A former President of the Senate, Adolphus Wabara has been named chairman of opposition Peoples Democratic Party (PDP), following the resignation of Senator Walid Jibrin.
Applesbite reports that Jibrin’s resignation is coming amidst the internal crisis rocking the party based on a disagreement between the PDP presidential candidate, Atiku Abubakar, and Governor Nyesom Wike of Rivers State.

The BoT chairman announced his resignation at the ongoing National Executive Council (NEC) of the party in Abuja.

PDP Crisis
Wike and his allies, who have lamented the sidelining of the South in major positions of the party, had demanded Senator Iyorchia Ayu’s resignation as the party’s national chairman, amongst others, for the PDP to have peace.

Angered by calls for his resignation, Senator Ayu stated that those who want him out of office “are children.”