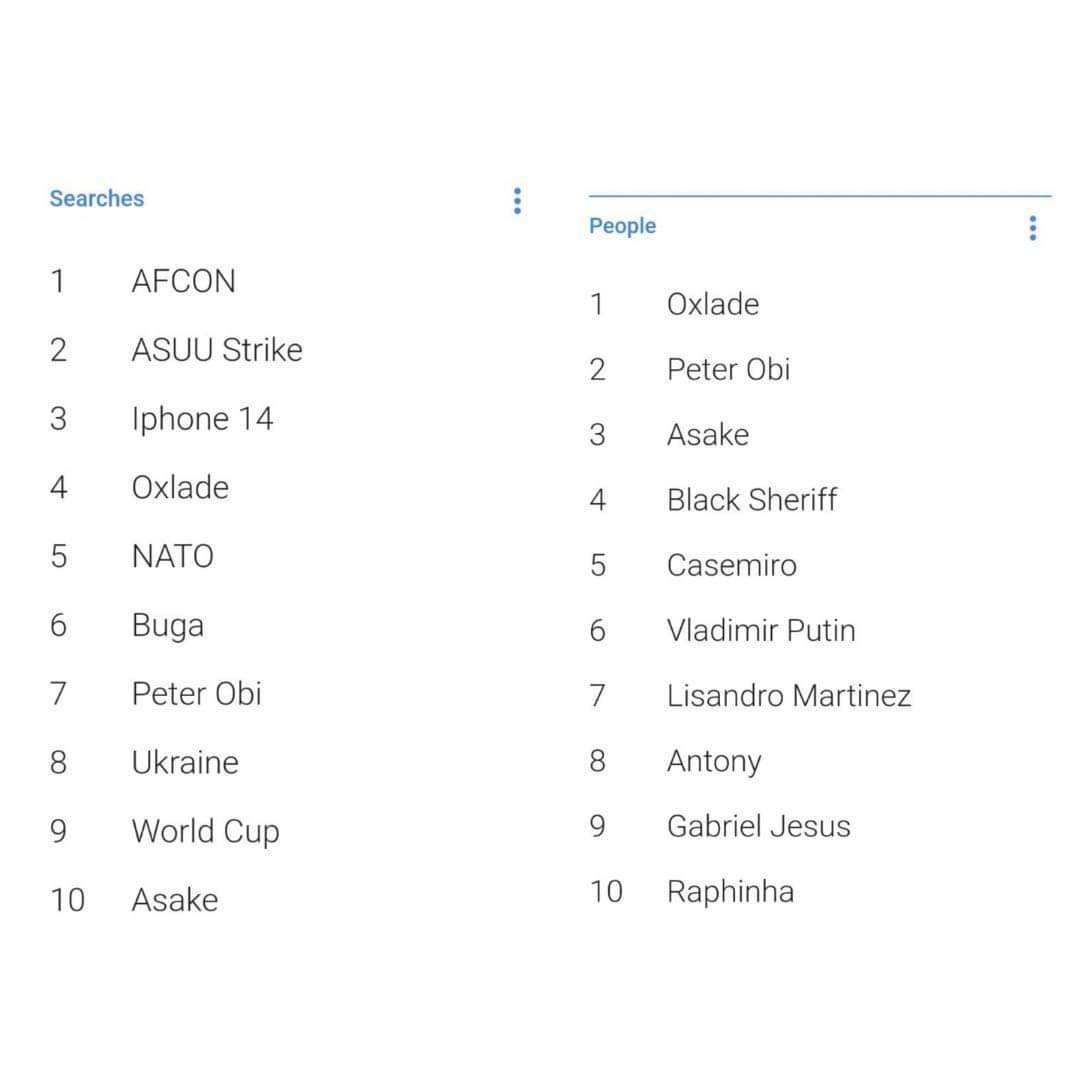 The African Cup Of Nations, AFCON, was the most searched query in Nigeria in the outgoing year, 2022.

The eight-month long strike of the Academic Staff Union of Universities, was also a top search query during the year, as revealed in an annual report by Google.

Woman On The Run After Setting Mother Ablaze In Okokomaiko, Police Launch Manhunt

On the Most Searched People aspect of the report, singer Oxlade got the number one spot. Oxlade trended for weeks over his leaked sex tape. On the heels of the singer was the presidential candidate of the Labour Party, Peter Obi.