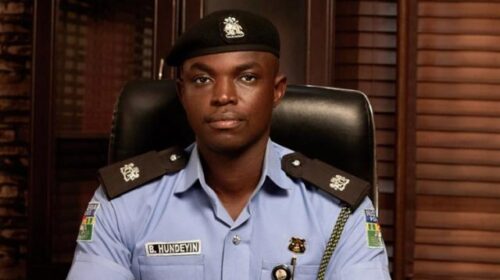 A woman, Aileremolen Izokpu, has fled after setting her aged parents, Michael and Priscilla, ablaze at their residence in the Okokomaiko area of Lagos State.

Report has it that Aileremolen was at home with her 85-year-old father and 80-year-old mother when she perpetrated the crime.

The 52-year-old was alleged to have drugged her parents with sleeping pills before setting the house on fire.

The suspect, after perpetrating the crime, fled the scene, as residents, who observed the house burning, stormed the building, rescued the victims, and rushed them to a hospital for treatment.

Firstbank DecemberIssaVybe: If Your December Is Not Vybing, You Aren’t In December

As of the time of filing this report, our correspondent had yet to ascertain the reason for Aileremolen’s action.

He said, “One person reported at the station that on November 20, 2022, around 3 pm, he received a phone call from his younger sister, Osemudiame Izokpu, that his elder sister, Aileremolen Izokpu, 52, allegedly drugged their parents, Michael Izokpu, 85, and Priscilla Izokpu, 80, with sleeping pills and set them ablaze while they were asleep.

“The victims were rescued to a nearby hospital with severe burns for treatment where their father later died and their mother was still unconscious. Based on the report, the scene was visited by detectives who also visited the hospital and the injured victim and corpse were inspected.

“The corpse was deposited at the Badagry General Hospital’s morgue for an autopsy. Meanwhile, efforts are being intensified to arrest the fleeing suspect.”