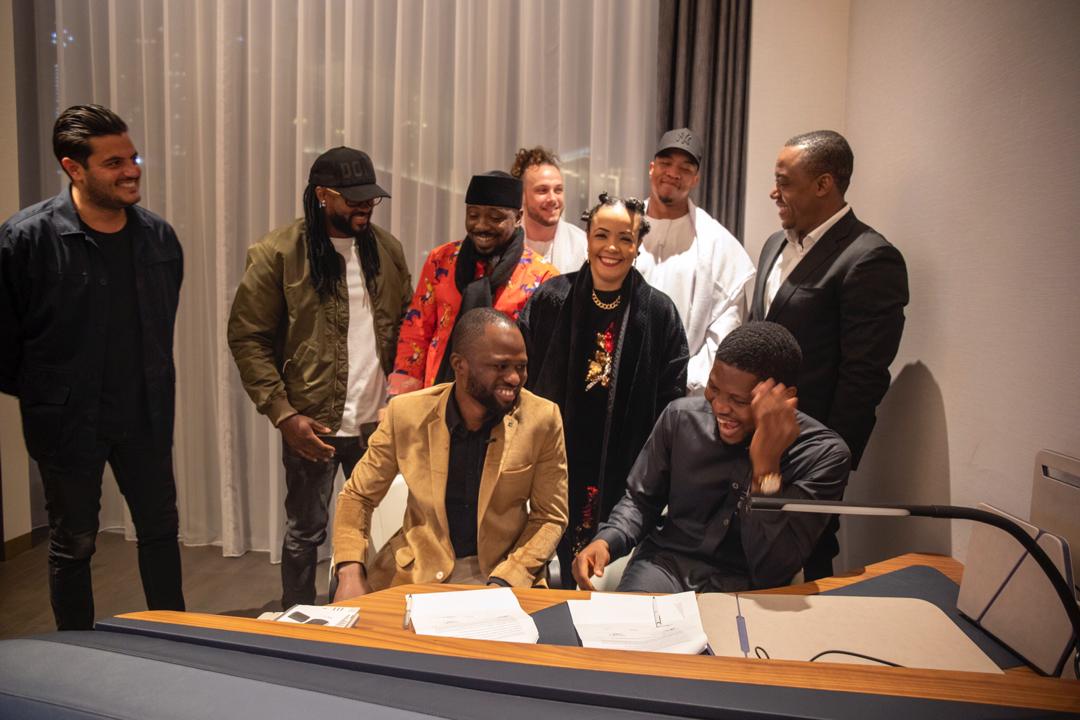 History was made at Media City, Dubai on Friday, January 20, when a deal to produce a first-of-its-kind in Africa Poetry Album ‘A Poet Who Died by His Poem’ deal was inked by Award Winning Dubai based Nigerian journalist, Author and Poet Godspower Oshodin and Music Producer Vstix for London Based Label Evision Music Group, conveniently called EMG.

A Poet Who Died by His Poem is a complication of sensational poems written by Godspower Oshodin and it is due for release on Amazon and other global platforms this January. This acclaimed body of work contains themes that span several topical issues that affect the author’s country home, Nigeria, and by extension Africa, as well as ingots on global governance.

Other themes touched by this work are Love, Romance, Betrayal, Death and Love for Country.

The poetry album will be produced, mixed and mastered by Vstix, while Oshodin will perform the poems.

Also present among others for the contract signing and press briefing were Lewis Macleod, Kutts and Yanik for EMG and Tanimu Kazeem, TM.


While briefing the media, Oshodin explains that the anticipated project “…will set records and be renowned for stirring self-awakening in critical thinkers, and also appeal to listeners with conscience. This project is a wake up call,” he remarked.

Vstix also expressed his delight to be part of the laudable and historic project; he assured assured listeners a thrilling time, as he promises to leave magical imprint on the work.

Vstix has worked with some of the biggest names on the Nigerian Music Industry landscape including Davido, Olamide, Peruzzi, Vector ong others.

Next Read: MTV Base premieres“Celebrity Bumps”, a New Reality TV Show Starring BBNaija’s Mike Edwards and wife, Perri
Oshodin on the other hand has written dozens of poems that have been reviewed and studied across Universities both in Nigeria and the United States. He wrote the official poem for Nigeria at 55.