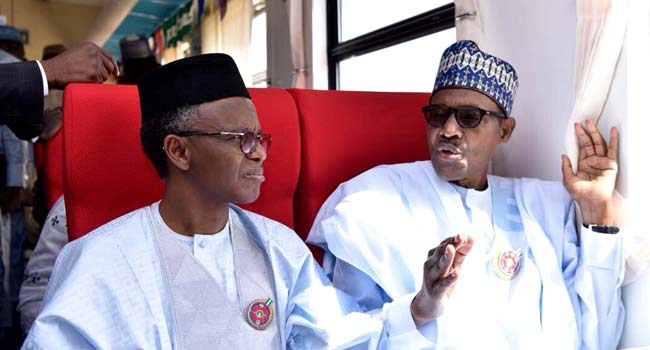 The Governor of Kaduna State, Mallam Nasir El-Rufai, has revealed how his call for President Muhammadu Buhari to anoint a candidate prior to the All Progressives Congress, APC’s presidential primaries, was turned down.

Days before the primary election, the President had asked the Progressives Governors to allow him pick his successor.

This created the indication that the President had someone in mind to take over from him at the end of his tenure.

However, from indications, it seemed Buhari had changed his mind and decided to allow the aspirants battle it out among themselves.

And El-Rufai, who appeared on Channels Television on Friday evening, two days after the primary election in Abuja, said the President overcame the pressure of deciding who the Kaduna delegates would vote for among the five Southern aspirants submitted to him.

“I went to Mr President [Muhammadu Buhari] and asked him ‘have you decided who we should vote for?’ And he said, ‘I told you, go and vote for any of the five’,” El-Rufai said.

“And I said, ‘Mr. President, Kaduna delegates are your delegates, you’re going to retire and live in Kaduna. So you can tell me who you want out of the five?’

“And Mr. President said ‘I want all five, let the delegates choose. Tell them to vote their conscience. They’re representing 10 million people of Kaduna State. It is their responsibility. So let them discharge it and choose the right candidate.”

Former Lagos Governor and National Leader of the ruling party, Asiwaju Bola Tinubu went ahead to claim victory in the primary.

He won the presidential primary after he scored 1,271 to defeat his closest challenger, former Governor of Rivers State, Chibuike Amaechi, who polled 316.