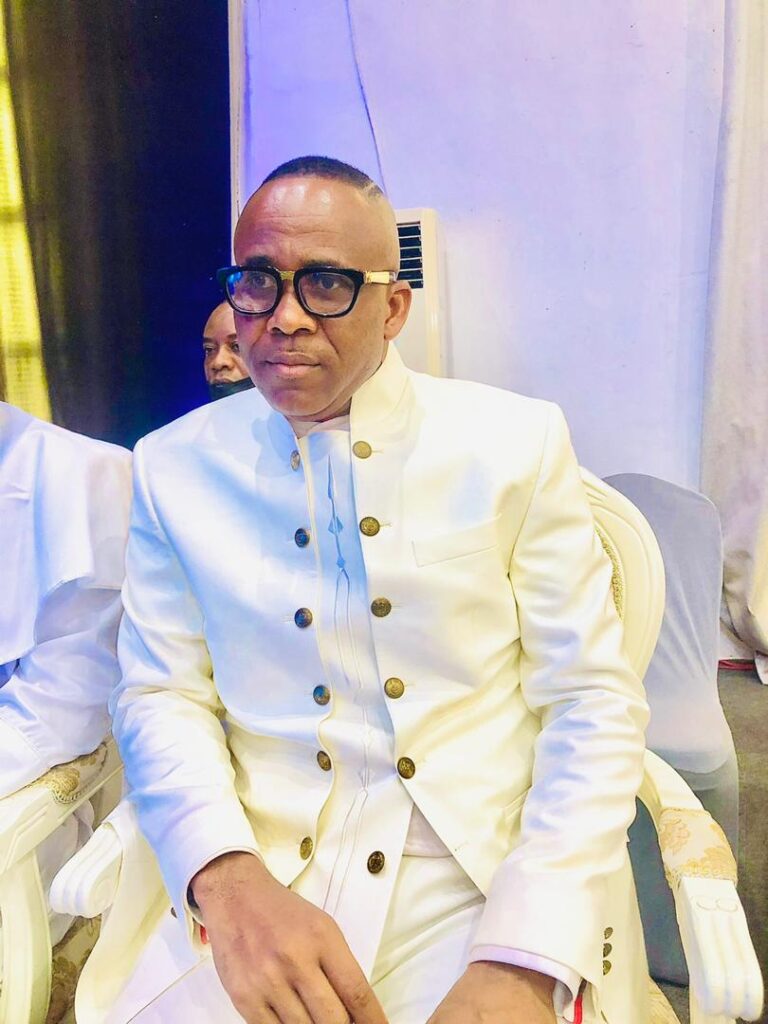 Revered Nigerian Cleric and Presiding Bishop of God First Ministry, Archbishop Designate Dr. Isaac Idahosa has declared that there will be an outpouring of special father’s blessings, on Tuesday, February 8, when he will commemorate his 57th birthday.

The release will be experienced during a special evening service of gratitude and outpouring, scheduled to take place 6pm, at New Dawn Centre, Opposite White House, Gedegede, off Mobil Road, Lekki Epe Expressway. 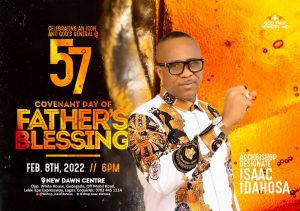 Archbishop Designate Isaac Idahosa in a statement confirmed that “the service will be a memorable one, as many will receive a special outpouring of the manifestation of Gods presence,” he noted.

In 2021, when the cleric tired 56, a two-in-one thanksgiving service was held to celebrate the Archbishop Idahosa and his mother, Mama Christiana Idahosa, who turned 90 same year.

Some of the gospel ministers who performed at the 2021 thanksgiving service were Mike Abdul and Ada Ehi.