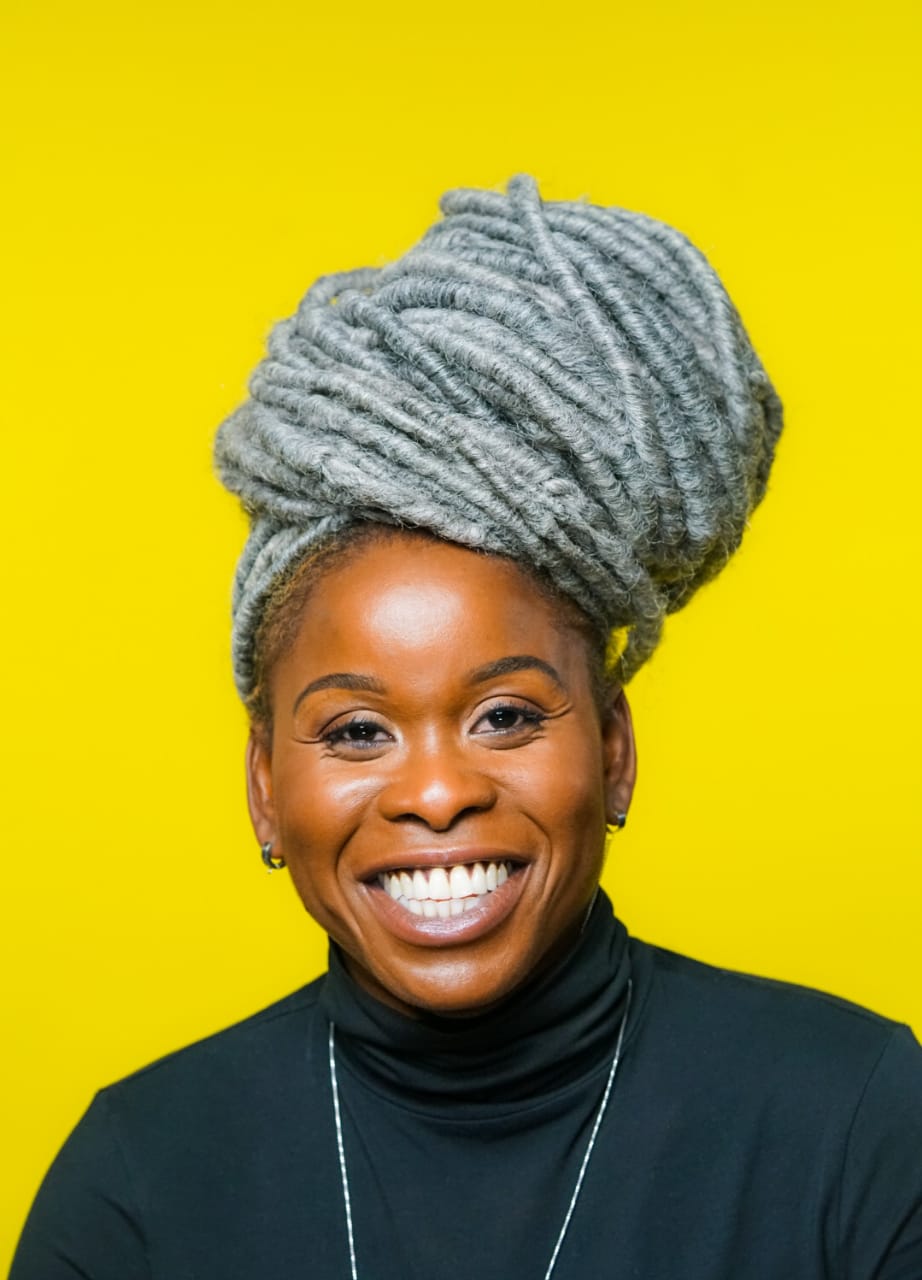 For reknowned British Nigerian Racism Activist and Influencer Victoria Oshodin, who is based in the US, lending a voice to support the struggle of the black community against racism and violence by state and security forces is a course she is dedicated to.

Speaking exclusively with Apples Bite Magazine, Oshodin, revealed that she was raised in a close-knit Catholic home, where she was taught to love, respect and treat everyone equally, regardless of race, ethnicity and cultural biases.

However, at the age of 18, she would find out certain societal shocks, that would shape her life as an adult.

How would you describe yourself?

An optimistic multi-disciplinary individual that believes in the vision of a better-changing world and dares to make that vision a reality.

You are apparently big on philanthropy and humanitarian activities, how did you come about that and what’s the motivation?

This has always been a part of me. Being raised in a strict Nigerian Catholic household in South London. I was raised to ‘love your neighbour as yourself.’ As a child, I was exposed to constant love at home and from individuals from different ethnic, religious, and cultural backgrounds.

As an adult, I witnessed and have been victim to negative physical and verbal disparities in actions from other individuals as a result of my race. My motivation is knowing that I can change the negative views placed on individuals that look like me, no matter how big or small, in the hopes that my nieces, nephews, friends, others around the world, and my unborn children will not have to suffer the same fate I and those before me have and are still facing.

Tell us about the Creative Vixstory initiative and your projects under the initiative.

Bias has no home in the creative world. Creativity is devised by a magnitude of colours. Creative Vixstory embodies this ethos by working with some of the biggest organisations and brands in the world. ”Creative” speaks for itself but ‘Vixstory’ simply means Victoria’s Story – i.e. Victoria’s Creative story, by showcasing some of the diversified work I have been involved in, which confirms my ethos of “not having Bias in the creative world. If I was fortunate enough to work with organisations and individuals it confirms that projects can be executed by high standards from individuals from minority backgrounds.

Have you in the past been a victim of ethnic maligning?

Unfortunately, I have but, I had to decipher if it was racial malign. When things like this happen, we find ourselves double-guessing the situation, and we look for excuses and ways to denounce it as any racial connections, regardless of how blatant the circumstances are.

We see and hear acronyms such as BAME, DE&I, and BIPOC used by companies, businesses, and educational institutions, but that’s all they are acronyms.

How many black individuals within such organisations feel supported? How many times do we roll our eyes, and or speak to other minority individuals when we see the emails, events, and other outlandish public announcements about this topic? Yet, we do not feel safeguarded. One is too many, it is boring, it is a facade, and it is gaslighting.

Active listening of black voices and action is a must. The red tape around individuals working in BAME, DE&I, and BIPOC need to be removed and given the support and power to implement innovative procedures to facilitate a change.

I learned from such interactions, and I am now in a place where I no longer justify the despicable actions of others to make them feel comfortable with their ill-treatment. I speak up! I speak up without fear of being labelled as “the angry black woman” or “problematic”.

Tell us about some of your success stories.

Being a goal-oriented individual, I struggle to look at my success, something I am working on presently. I worked my way up as a runner to now being an award-winning creative, working on some of the most prominent projects in the world with the likes of Sir David Attenborough, obtaining my O1 Visa to move to the US, and not allowing fear and negative entities to stop me from using all the skills I have acquired through my years.

How would you describe life as a black creative in the UK?

At first frustrating and a little isolating, to be completely honest, but…that has not only been my story! I grew positively from those negative experiences by keeping my faith strong in combination with hard work and the support from my amazing family and friends.

The launch of “Creative Vixstory” was my turning juncture to take control of my narrative and no longer ask for permission.
I had to be tactical with my approach and strategic with the companies and projects I worked with and on.

I accepted some projects because I knew I would be able to learn new skills and fine-tune the skills I already had, working with specific companies intentionally to be exposed to their process and ways of working, to allow me to be a better creative and bring an array of skills, methods, and practises to organisations.
Essentially, I was very intentional, mapped out what I wanted, and gave myself a deadline to achieve my goals. I knocked on doors, some opened, and others did not, however a door that opened and shaped my career drastically was working for BBC Studios. My mentor Sarah Gerona (Creative Director of BBC Studios), saw my colour, but more importantly, she saw my skills, abilities, and what I could bring to the table as a Creative when I was unable to see them for myself.

I was constantly put forward to work on some of the most significant projects ever. So yes, things have been hard beyond words, but that is not my story. We need more department heads, Creative Directors, and individuals in the position of power to change such narratives to facilitate the bias change steeped in organisations.

Why did you move to the US from UK?

To follow my dreams, pursue my creative career, learn and shape my narrative as a British artist who wants to venture into a new world and make a stand on my story.
America is said to be the ‘land of opportunities’ so, I am here to take all the opportunities presented to me and to create my opportunities thus creating opportunities for others and also presenting new experience to the American society that needs to be valued.

What inspired the birthing of ‘I Am Not My Trauma’?

Upon my arrival in the U.S, I was disappointed by the lack of diversity, respect, and understating of black individuals, based on what I experienced, witnessed and stories I was told.

It was saddening to me to witness this because Atlanta is named the ‘Black Hollywood’. I assumed things would be different, granted they are but just not in a positive way.

I hit a roadblock and allowed negative individuals to push me off track and away from my dreams. I was left in a state of confusion, sadness, and anger. I was questioning how I allowed such a thing to affect me so deeply again. It opened old wounds that I never dealt with in the UK. I prayed a lot to God and one day as I was praying, out loud and I said ‘I am not my Trauma’ I was asking God… ‘What those words meant. It meant what he was about to ask me to do was something that would push me out of my comfort zone and was truly bigger than me.
So, I turned my negative situation into a positive situation. I came out of my comfort zone to create something to better the understanding, a call to action to create new norms that support and dismantle stereotypes steeped in negative differences through real honest lived stories.

What do you intend to achieve with the initiative?

Awareness, understanding, peace, and happiness. This initiative may seem small as it was a self-funded pilot to bring awareness, gauge the need for such a project and pull interest from individuals, companies, and brands that state they are in support of the lives of black individuals. The legacy of IANMT encompasses so much more, from telling more stories of black individuals from around the world, experiential exhibitions, and the push for implementation of skilled individuals in schools and companies to facilitate a safe environment for black individuals.

Let’s talk about some of your frustrations, and challenges on this journey.

I quickly realised the weight and power of a title are dependent on who owns it in many places. I blindly accepted an offer to work in an organisation that sold me positive, healthy, and forward-thinking goals and beliefs they had for their organisation.

It started with pleasantries as it always does, but before long the cracks appeared, from absolutely no support to do my job effectively to constant gaslighting, microaggressions being thrown at me, constantly being spoken down to and belittled, relentlessly not being listened to, lied on, the list goes on.
I was physically, mentally, and spiritually worn out. In all transparency, I felt as though I was in the movie ‘Get Out’ but did not know how to get out.
Sadly for black individuals who hold high-ranking titles, such stories are not isolated. What is a title without the power and support to do your job effectively?

That negative experience turned positive thanks to my perseverance and ongoing quest to attain my goals and dreams. I created “I Am Not My Trauma” . I made sure I got my recognition by using my superpowers for good! That is how I overcame my frustration.

“All my ugly no’s brought me to my beautiful yes”
– Victoria Osayanetin Oshodin
–
How has the reception been since you launched the initiative?
It has been very positive; people want to see more!

Personally, the three main takeaways from this pilot are.

Individuals from various backgrounds stating that watching these episodes has made them realise they are not alone, it made them put a name to a feeling they have suppressed for years, made them take charge of their lives, and how much watching the pilot changed their lives for the better.
From the conceptualization stage of this project, I was clear on what I wanted the audience to take away from it. Thankfully, all those points were ticked off, granted not by the same individuals but by an accumulation of various individuals based on feedback.
I also received a magnitude of positive reviews about the overall visual look, from the bold colours to the editing, graphics, questions, individuals featured, and their diverse stories.
The feedback helped tremendously as I meticulously ironed out every part of this project, I left nothing to chance.

Where is this docu-series airing?

The pilot docu-series is out and available to watch on YouTube. Link: https://www.youtube.com/channel/UCxcXjmjVZUBkpL3Lh–pWjQ/videos

You have worked in Advertising, Broadcast, film production, how do all these influence your journey today?

It broadens my scope and allows me to think creatively inside and outside of the box. Being exposed to the diversified entities of the creative world has allowed me to look at things differently and use skills, processes, and execution methods that may not be too familiar in other spaces, thus allowing me to be more creative, reach various audience markets that may not be listed and it keeps my work avant-garde.