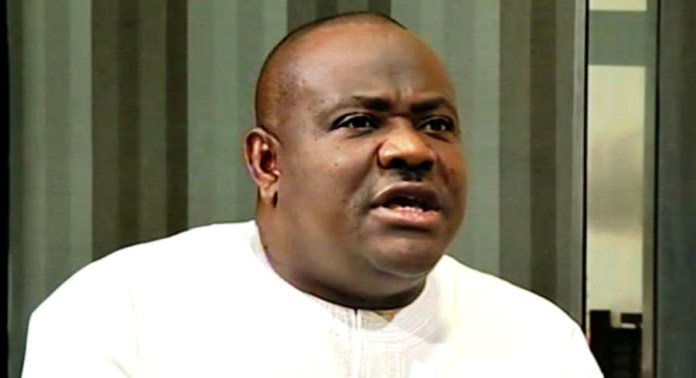 A chieftain of the All Progressives Congress (APC), Chukwuemeka Eze has asserted that Rivers State Governor, Nyesom Wike, is currently suffering the consequences of his past.
According to him, Wike not being able to clinch the Peoples Democratic Party (PDP) presidential ticket and losing out on the vice presidential slot to his counterpart in Delta State, Ifeanyi Okowa, was simply payback for his past deeds.

Why I Refused To Become US Citizen – AfDB President, Adesina

Eze stressed that Wike should just accept his fate and move on, saying his unwarranted and unguided utterances in the past were the major factors hunting his political career now.

Applesbite understands that the APC chieftain made the submissions in reaction to the rift between the Rivers State governor and the PDP presidential candidate, Atiku Abubakar.

In a statement issued in Port Harcourt on Tuesday, Eze called on Wike to honour the promise he made to Nigerians during the PDP presidential primaries in Abuja to support whoever emerges.

The APC chieftain recalled that Wike had promised to support anyone who eventually emerges candidate of the PDP for the 2023 elections. According to him, Governor Wike had said so without duress to show his loyalty and commitment to the umbrella party to win the 2023 presidential election.

In reaction to Wike’s recent threat to expose some happenings in the PDP after Atiku’s interview on national television, Eze said such threat does not hold water and only presented the Governor and his cohorts as mere busybodies, saying nothing under the sun was apparently new about the PDP and Atiku.

Eze said: “Is he (Wike) going to tell us that he never wasted Rivers State funds in the wild goose chase of the PDP Presidential ticket in which he was thoroughly defeated?

“In case he has forgotten, he should listen to the video containing his speech where he thundered and vowed that he would support, ‘to the fullest’, anybody who emerges PDP flagbearer.