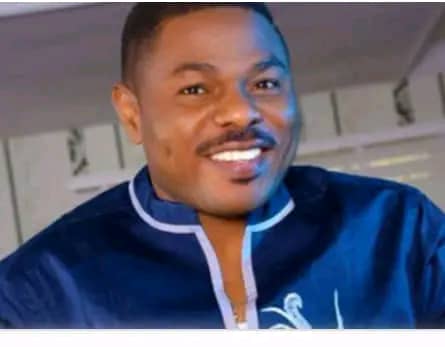 The case is instituted at the High Court of Oyo State. He is asking for N200 billion as damages and compensation for the defamation contained in the radio programme.

The claimant said on December 22, 2019 during the course of the radio station programme, entitled, ‘Talk your own with Chikito Duru,’ the defendant stored on his news server published or caused to be published by his internet website, which has the address www.facebook.comfreshfmibadanvideos from December 22, 2019 till September 4, 2020.

In a statement of claim, the counsel to the claimant, Ayanlaja Adesanya, said that the said words referred and were understood to refer to the claimant in their natural and ordinary meaning and are calculated to disparage the claimant in his status as a person of global repute and in his office as the Awujale and paramount ruler of Ijebuland.

The claimant insisted that the defendant was aware that the said words were defamatory and are untrue, since it was alleged to have occurred in 1984, adding that the defendant was reckless to check whether or not the publication was true, but blinded by the prospect of the material advantage of using the person and office of the claimant to attract more listeners to its programmes.

In an 11 paragraph of the monarch’s witness statement, he recalled that he received various phone calls from some of his subjects in Nigeria and in Diaspora about the trending internet radio programme stored on the website of the defendant from January to September 2020.

“On May 2020, Dr. Fassy Yusuf, who is one of my chiefs, called my attention to the programme about my person and my office as the Awujale and paramount ruler at Ijebuland.

“However, in the early part of January 2020, Chief Ayo Adebanjo, whose name is mentioned in the discussion in the programme (which by then had not been brought to my knowledge), approached me that his boys came to him to request I pray for Ijebu so as to reverse the curse, which I put on them following the burning down of the factory of Wadai industries in 1984.

“I ignored the approach for the alleged reversal of the curse, since no such thing occurred and there was no fire incident in the Wadai factory,” he said.