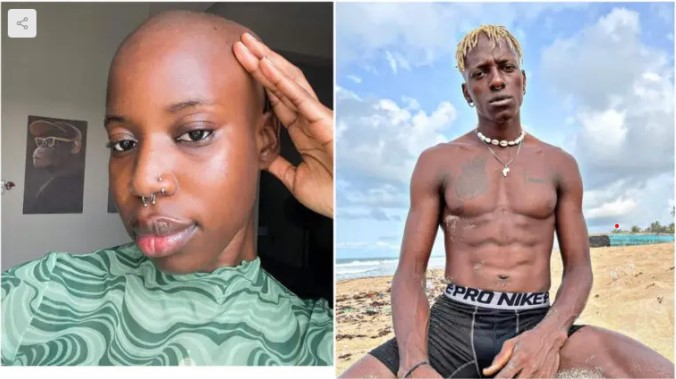 Big Brother Naija Season 7 Housemate, Allysn has opened up on why she cannot have a relationship with Hermes.
Applesbite recalls that Hermes had earlier revealed that he has two girlfriends and they both know each other.

Despite his relationship before the reality show, Hermes opened up about his feelings for Allysn on Friday night.

However, Allyson rejected him, saying she does not want to involve herself in such a situation.

He said: “I am not saying that you are confused. I respect that whatever you have going on I understand it.

“I am just saying I wouldn’t want to put myself in that kind of situation. I won’t entertain any situation with you because I can’t put myself in such.”

Don’t Threaten Your Partner With Breakup
Meanwhile, popular Nigerian actor Kenneth Okonkwo has advised his followers never to threaten their partners with ending the relationship except if they truly mean it.

Okonkwo stated that instead of making threats of breaking up during anger, they should instead focus on the reason for the altercation.

Sharing his thoughts via social media, Okonkwo insisted that the key to a long-lasting relationship is being able to communicate properly with your partner.

His post reads: ”No matter how upset you are, don’t threaten your partner with a break up unless you mean it. Focus your anger on what they’ve done without bringing up the threat of a break up. No relationship is without its ups and downs. Don’t let anyone deceive you. You will quarrel and you will fight. You will have sad days; you will disagree some days and not find a common ground over some issues. Compromises don’t always happen. These are normal things in a healthy relationship”