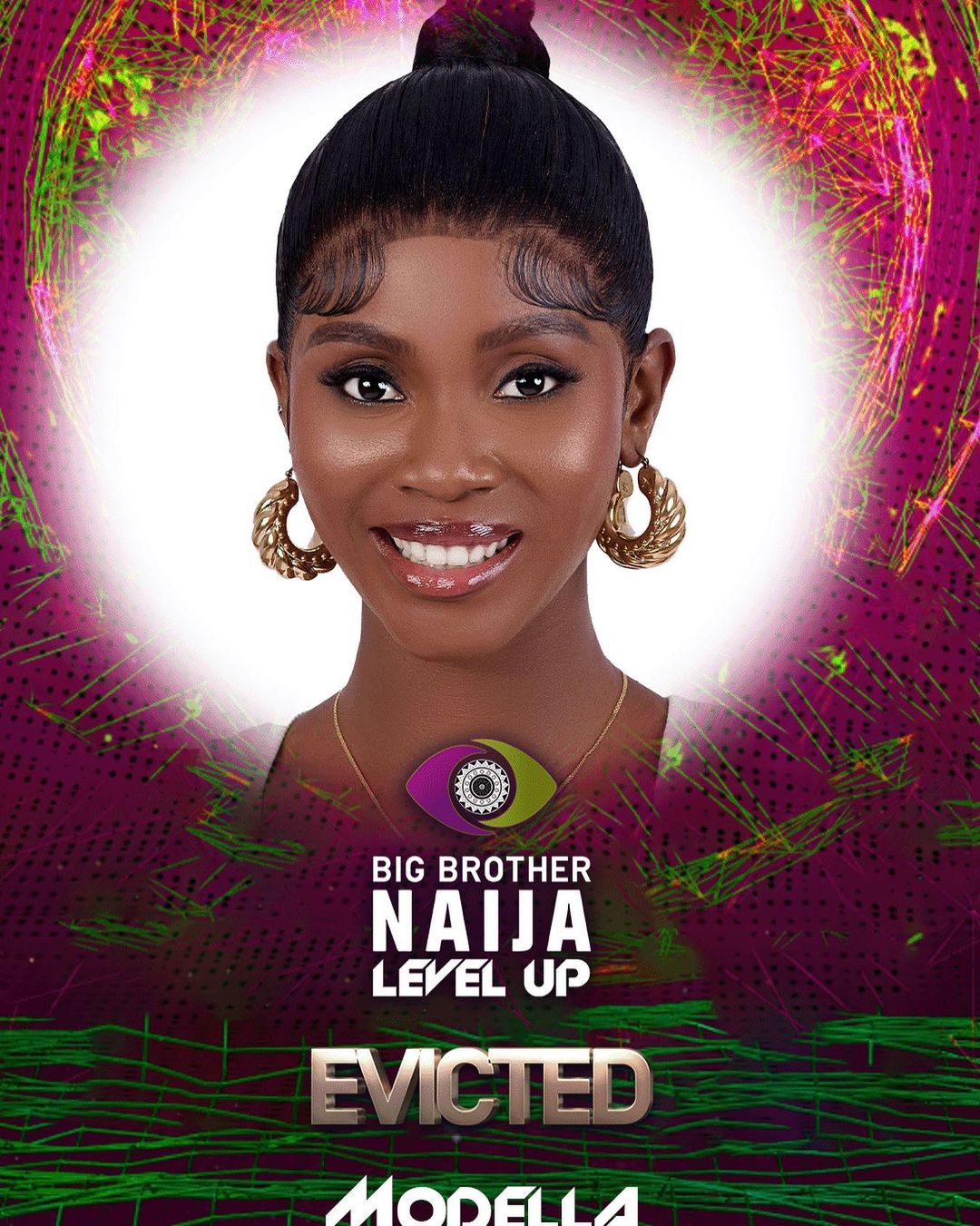 Big Brother Naija Season 7 ‘Fake Housemate’ Modella has been evicted from the reality TV show.
Applesbite reports that Modella was evicted on Sunday night, 28th August during the live show.

Recall that Modella was introduced into the Biggie house on the third week of the show as a fake housemate.

Aside from participating in all the games, she also enjoyed the privilege of not being evicted, however, her journey was cut short after she failed a secret task from Biggie.

Big Brother had given Modella the secret task of breaking up couples and causing chaos among love birds in the reality TV show.

2023: Adeyanju Claims Kwankwaso Is Working For Tinubu, Speaks On Atiku Stepping Down For Obi

Modella, who was a bit hesitant to take on the task, complained about the fact that Daniella and Khalid have being very kind to her since she got into the house but big brother was not in for that and instructed her to break up any ships in the house in whatever way she seems fit as long as it’s not violent.