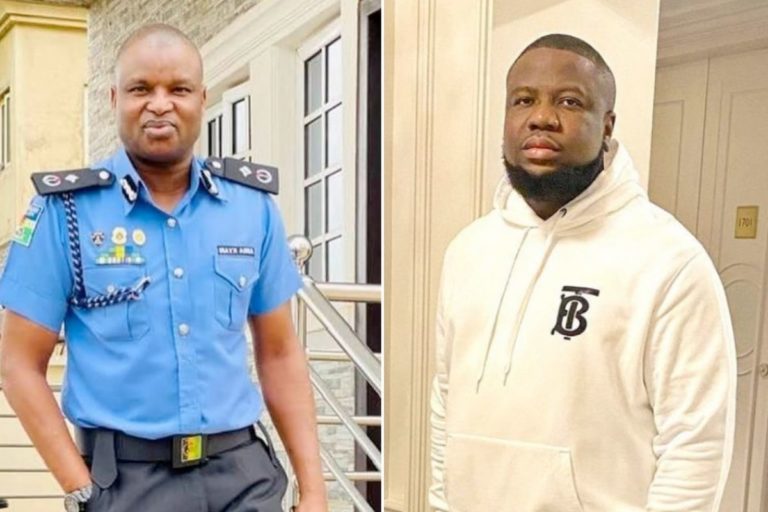 They were both superstars ,just that one was a renowned ‘superstar’ for the wrong reasons whilst the other before now was well known for his heroics as a gallant police officer. The latter won numerous awards in different categories for combating crime at a topmost best. If Abba Kyari was a footballer he would probably be in the same league with the likes of Lionel Messi, Christiano Ronaldo or even the rave of the moment ,the Polish star Robert Lewandowski. He was so good on the job that he became a Deputy Commissioner of Police ( DCP )in just two decades of rendering meritorious service. His achievements and archive of awards are big pointers pointer to the fact he was a celebrated cop.
Ordinarily , he would have enemies within and even outside the police force. To some of his colleagues, Kyari has stolen their shine, since crime bursting isn’t an individual effort, he couldn’t have done it alone ,he needed the collective effort of his colleagues but he got the glory alone. Others might feel that his promotions were too rapid and that they were being looked down upon. These were the highlighted reasons he would probably have enemies within; as for the enemies outside, those would ever be the guys who are into crime and fraudulent activities but are aware that a certain ‘super cop’ could be on the look out for them.
‘Super cop’ Abba Kyari was enjoying a smooth ride in his profession, before the sledge hammer came crashing on his head. His decision to wine and dine and probably roll with an internet fraudster and Gucci ambassador later became his undoing.
Ramon Abbas popularly known as Hushpuppi who was caught in conjuction with few others in a wire deal has used his own to ‘kobalize’ our ‘super cop’. Ramon in his greedy and self centerdness involved another fraudster Kelly Chibuzor Vincent in the Qatari businessman deal but wouldn’t want to share their loot accordingly , his quest to get the lion share landed him In trouble albeit not immediately. The Qatari businessman’s quest to secure a loan of 15 million dollars to build an international school unfortunately pitched him with another Fraudster Juma a Kenyan ,Infact it was him who first got the ‘Maga” but needed helping hands, hence the involvement of Hushpuppi and others.
According to the document released by FBI ,Vincent had gone ahead to intimate the Qatari businessman of being scammed in the deal and that didn’t go down well with Hushpuppi . He contacted DCP Abba Kyari to arrest and detain Kelly Chibuzor Vincent with the promise that the team was going to be paid for the job. His intention was to keep vincent away by distracting him . It was a tactic to put Vincent at arm’s length so they could finish up with (Baba Olowo ) As if the thousands of dollars already collected was not enough the greedy Hushpuppi continued to swindle the Qatari businessman more until he was broke and couldn’t continue. The man said he was now sure they were all scammers. Soon the FBI swung into action and these culprits were apprehended.
However, DCP Abba Kyari has been fingered in the deal not because he was directly involved in the wire fraud but because he chose to wine and dine with a showboating internet fraudster. Videos although (not released) showed that Abba Kyari travelled to Dubai in 2019 to ‘Flex’ with Hushpuppi. His defense that he played the middleman role with husspuppi and his own fashion designer has been watered down and he has since edited and re-edited his post on facebook and other social media platforms. 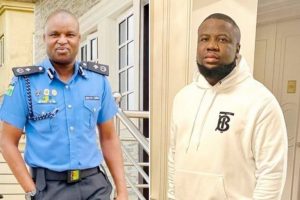 The question is why is Abba Kyari rushing to post , edit and re-edit , shouldn’t his team of attorneys tell him to keep mute at this time and probably go into prayers and fasting instead. He wasn’t involved in the deal and it appears to me that his case seems light. My belief is that his lawyers should be looking at the lightness of this case and try to even make it lighter by making a case for him . At best Abba Kyari will be charged for taking bribe provided there are no overwhelming evidence of his connection to the wire deal. I have a feeling Hushpuppi wouldn’t have told him the nitty-gritty of the deal (not sure) if that be the case, Abba Kyari may be facing lesser charge(s). Subsequent events would show us if he would be extradited or the case properly looked into by Nigerian court.
Investigations are on-going on the matter. Hushpuppi’s final trial has been pegged for October,2021. Meanwhile DCP Abba Kyari has been suspended and his position as IRT boss has been taken over by DCP Tunji Disu. Subsequently, event will unfold as to the clarity of the matter, till then he remains innocent until proven guilty.