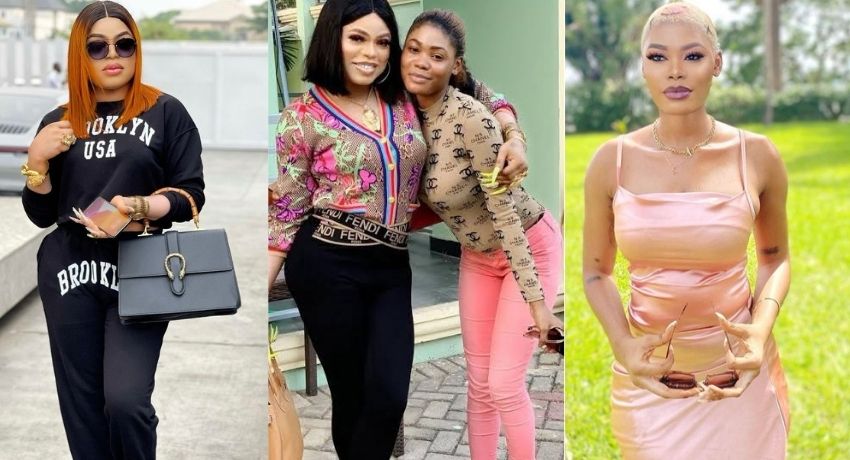 Nigerian cross-dresser, Bobrisky has again been dragged in the mud by his former personal assistant, Oye Kyme.

The Ivorian influencer took to her Instagram story to spill juicy details about her former employer. Oye who has joined the world of pornography revealed that Bobrisky introduced her to it. 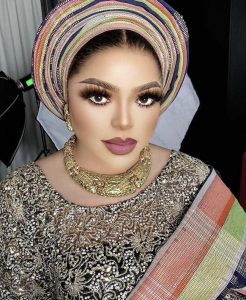 According to her, Bobrisky doesn’t rely on adverts or influencing jobs alone, he has streams of income which includes working in the adult movie.Recall Bobrisky recently revealed the names of top 5 people who patronize her.

On her parents finding out about her ‘job’, Oye said that they aren’t on social media and even if they were, it’s her life. 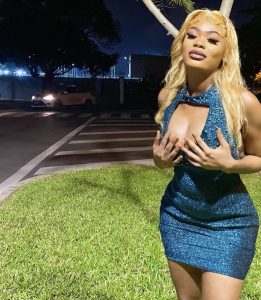 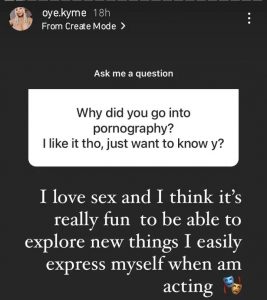 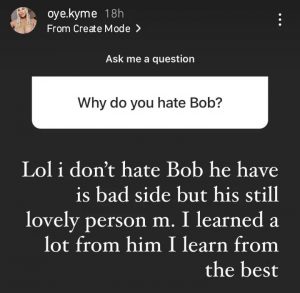 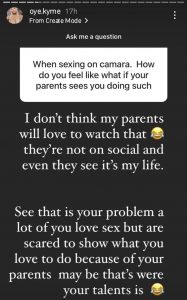 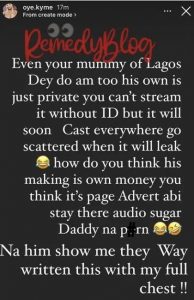