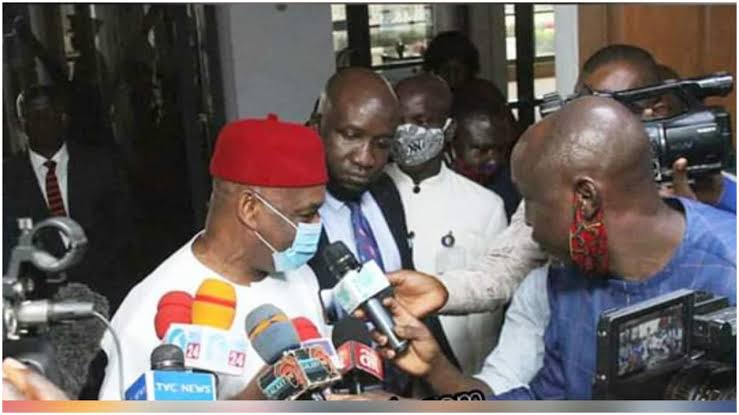 Addressing the press before making his way into the building, Kalu said;
“I just want to thank God for everything that has happened.

“It is the will of God. I want to urge Nigerians to keep hope alive,” he remarked.

Kalu was incarcerated for over six months at the Kuje Correctional Centre.

The Former Governor of Abia State and others were convicted for $7.1billion fraud last December.