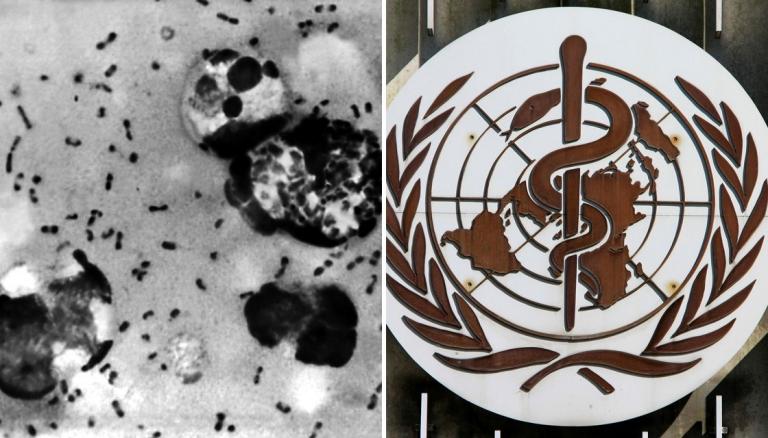 The World Health Organization, WHO, has allayed global fears about the trending Bubonic plague.

The organization says Bubonic plague is not considered to be high risk after a case was confirmed in China on Tuesday, July 7 and several suspected in Mongolia.

WHO spokeswoman Margaret Harris told a United Nations press briefing in Geneva on Tuesday they are 'monitoring' the outbreaks.

"We are watching that closely and in partnership with the Chinese authorities and Mongolian authorities," she said, Al Jazeera reported.

"We are looking at the case numbers in China. It's being well managed.

"Bubonic plague has been with us and is always with us, for centuries. At the moment we are not... considering it high-risk."

The bubonic plague is a potentially fatal disease mostly spread by infected animals such as rats and fleas.

Humans can catch the plague from being bitten by an infected animal or having contact with one's bodily fluids.

Historically the plague was known as The Black Death because it turns body parts such as fingers and toes black.

In Nigeria, July 1924, Lagos experienced a severe outbreak of the Bubonic plague epidemic, which would eventually last for about six years. In its first three months thousands of people were infected and nearly 200 died.

None of the diseases that ravaged colonial Lagos equaled the bubonic plague in terms of impact on livelihood, social temperament and the physical morphology of the town.

Other African countries that have had a stint of the Bubonic plague are Senegal in 1914, and Ghana in 1924.

On Tuesday a herdsman in the Chinese region of Inner Mongolia was confirmed by the city health commission to have contracted the illness.

"Before the onset of the disease, the patient had been active in the plague epidemic area. At present, the patient has been isolated and treated in a local hospital and his condition is stable," the Bayannaoer City Health Commission said.

Authorities issued a warning after the herdsman's case was suspected on Sunday, forbidding the hunting and eating of animals that could carry the plague, and asking residents to report any potential cases.

The preventative measures are expected to remain enforced for the remainder of 2020, the New York Times reported.

China's neighbouring country Mongolia is also investigating a suspected case involving a 15-year-old who ate a marmot, a type of large ground squirrel, which was hunted by a dog.

"The child's condition has improved and there are reports that the fever has dropped and the pain in the axillary glands has decreased," the head of Mongolia's ministry of health D Narangeral said, The Mirror reported.

"We also took full control of 34 suspects in the first contact. Samples from the child will be flown in at 22:00 tonight for testing at the NCCD.

"This is the second plague in our country. Cases of marmot plague have also been reported in Inner Mongolia, China. In this regard, Russia yesterday began to take measures to ban marmot hunting.

"While our neighbours are paying close attention, our citizens are being warned not to hunt and eat marmots illegally and to follow their advice."

A 27-year-old man and his brother, 17, are in hospital and described as "stable".

Common symptoms of Bubonic plague
appear within two to six days of infection, and they are fever and chills, headache, muscle pain, general weakness and seizures.