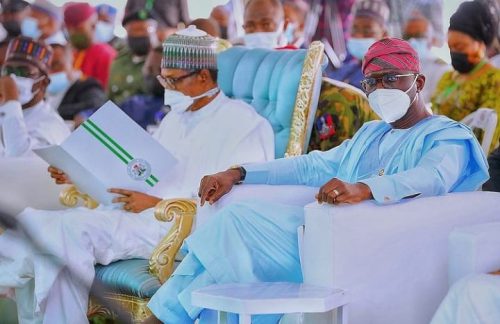 The President, Muhammadu Buhari, is to inaugurate the newly built international terminal of the Murtala Muhammed Airport, Lagos, on Tuesday (today).

Today’s inauguration is coming after several dates had been set by the Federal Government for the terminal’s completion and inauguration since 2015.

The new international terminal is one of the five terminals being built in Lagos, Abuja, Port Harcourt, Kano, and Enugu, in a bilateral arrangement between the Federal Government and the People’s Republic of China. 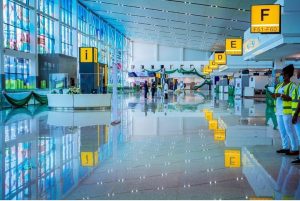 The acting General Manager, Corporate Affairs, Federal Airports Authority of Nigeria, Faithful Hope-Ivbaze, said in a statement issued on Monday that the new Lagos International terminal had the capacity to process 14 million passengers per annum.

“It is built on a landmass of approximately 56,000 square meters, and it has 66 check-in counters,” she stated.

Hope-Ivbaze added, “Other facilities in the terminal include five baggage collection carousels, 16 immigration desks at arrival, 28 immigration desks at departure, eight security screening points, and six-passenger boarding bridges, out of which two have already been installed.

FAAN said the new terminal was expected to generate about three thousand direct and indirect jobs, as well as enhance passenger facilitation and comfort at the Lagos airport.

The authority further stated that it would sign a Memorandum of Understanding with the Lagos State Government on the 9km Airport-Shasha-Alimosho link road to be constructed by the state government.

In 2013 Nigeria secured a $500m loan from the China EximBank for the construction of five new airport terminals in Lagos, Abuja, Port Harcourt, Kano, and Enugu. 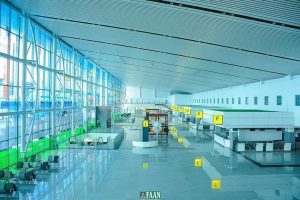 The Federal Government was to provide a counterpart funding of $100m for the projects, but the deal witnessed some delay due to negotiations with China by the Buhari government.

The $500m loans for the airports were signed between Nigeria and China in 2013 and the facility came at an interest of 2.5 percent with a grace period of seven years before payment.

It was projected at the time that the airports would be completed in 18 months, but this was stalled due to financial issues and negotiations between both governments.

The Federal Government has since inaugurated the Abuja and Port-Harcourt new international airport terminals and the facilities have been put to use.

The Lagos terminal, on the other hand, dragged on for several years, as the government kept assuring Nigerians that it would complete and inaugurate the facility.