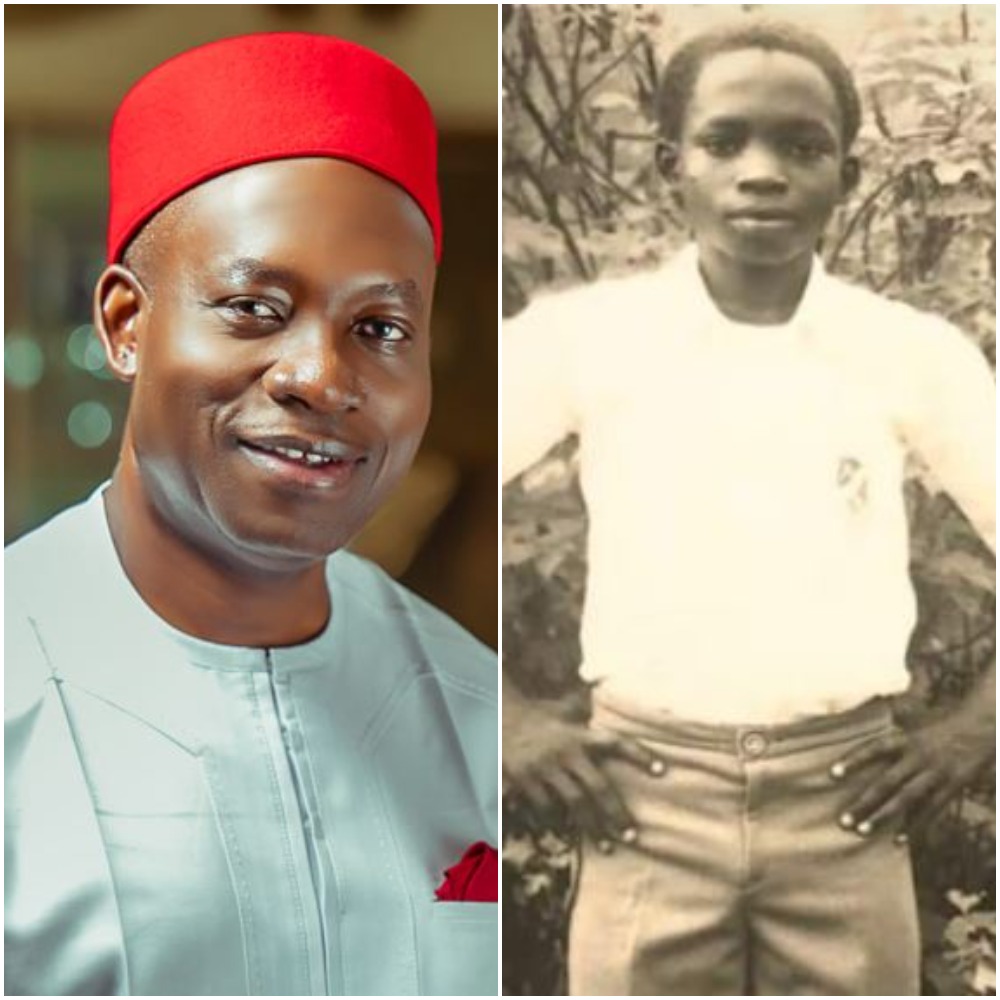 Charles Soludo, a village boy who has risen through the ranks to become an icon in the annals of the Nigerian history, has not only put his name on ‘hall of fame’ but also inspired many by his recent feat at the just concluded Anambra gubernatorial election.

The first class graduate just like the Biblical Joseph, portrays the character of a fighter who never gives up amid all odds. His exploits would have wowed many who ever doubted a village boy from the slum could have become a governor of one of the most elite states in Southern Nigeria. Today, the village boy is now the Anambra Governor-elect.

Going down memory lane, Charles Chukwuma Soludo was born July 28, 1960 (pre-independence) into the family of Pa Simeon Soludo. According to findings, Soludo’s mother, Mrs. Mgbafor, was said to have died during the civil war when the economist was barely eight. Thereafter, he grew up in his Isuofia village situated at Aguata Local Government Area of Anambra where he often played football.
Soludo attended the neighboring Uga Boys High School and became the senior prefect, according to The Cable report.
He reportedly proceeded to the University of Nigeria, Nsukka (UNN), Enugu state where he bagged a first-class honors degree in Economics in 1984. From the same educational institution and department, he grabbed a master’s degree in 1987 and a doctorate in 1989 — graduating as the best student at all three levels. In 1998, he became a professor of economics at UNN.

The former Central Bank of Nigeria (CBN) governor holds the title of the third-highest national honour — Commander of the Order of the Federal Republic (CFR).
It was really inspiring when Soludo won the APGA primary election ticket back in June 2021, described himself as “a poor village boy whom God has lifted and gifted”.

It will interest you to know that, Clement Isong’s portrait was placed on the Nigerian N1000 note by Soludo.
He has also worked as a consultant for a number of international organizations, including The World Bank, the United Nations Economic Commission for Africa, and the United Nations Development Programme, the list endless.
Professor Soludo attended over a dozen specialized courses and has had extensive research, teaching and consultancy works in different areas of economics.

He was named CBN governor on the 5th May, 2004. As Governor of the Central Bank of Nigeria since May, 2004, Prof. Soludo has refocused the Central Bank as an effective monetary authority and successfully implemented a fundamental restructuring which has led to unprecedented consolidation of the Nigerian banking system.
On account of this, the Nigerian banking system has been rated the fastest growing in Africa and one of the fastest growing in the world. He has also championed the establishment of the Africa Finance Corporation (AFC), a continental, private -sector driven, investment bank.

He is promoting the Financial System Strategy 2020 (FSS 2020), the blue-print to grow Nigeria’s financial system to become Africa’s financial hub and to drive the Nigerian economy into the global league of top 20 economies by 2020. For his achievements, Professor Soludo is the recipient of scores of awards and recognitions from civil society organizations; NGOs; private sector organizations; religious groups; the Press; professional associations; student unions; universities; among others.

In 2009, Soludo declared his intention to govern Anambra. As the candidate of the People’s Democratic Party (PDP), he vied for the 2010 governorship election in the state. Peter Obi, candidate of the All-Progressives Grand Alliance (APGA), won the election — defeating Chris Ngige, former governor, and Soludo, who came third.
Four years later, the economist left the PDP and joined APGA ahead of the 2013 governorship poll in the state. The screening committee disqualified him and some other aspirants, and Willie Obiano, the current governor, emerged as the party’s candidate and won the election.

In February 2021, Soludo officially announced his intention to contest the governorship election under APGA.
Owing to an internal crisis in APGA, he was initially not recognized as the party’s candidate for the November 6 election. Soludo was later reinstated by the court and the supreme court affirmed him as the eligible candidate.
Today, the village boy from Isuofia is now the in-coming governor of Anambra. Truly, Soludo has proven that “where there is a will there is a way”. You can also make the big difference if your mind can picture it. Success has no limit!