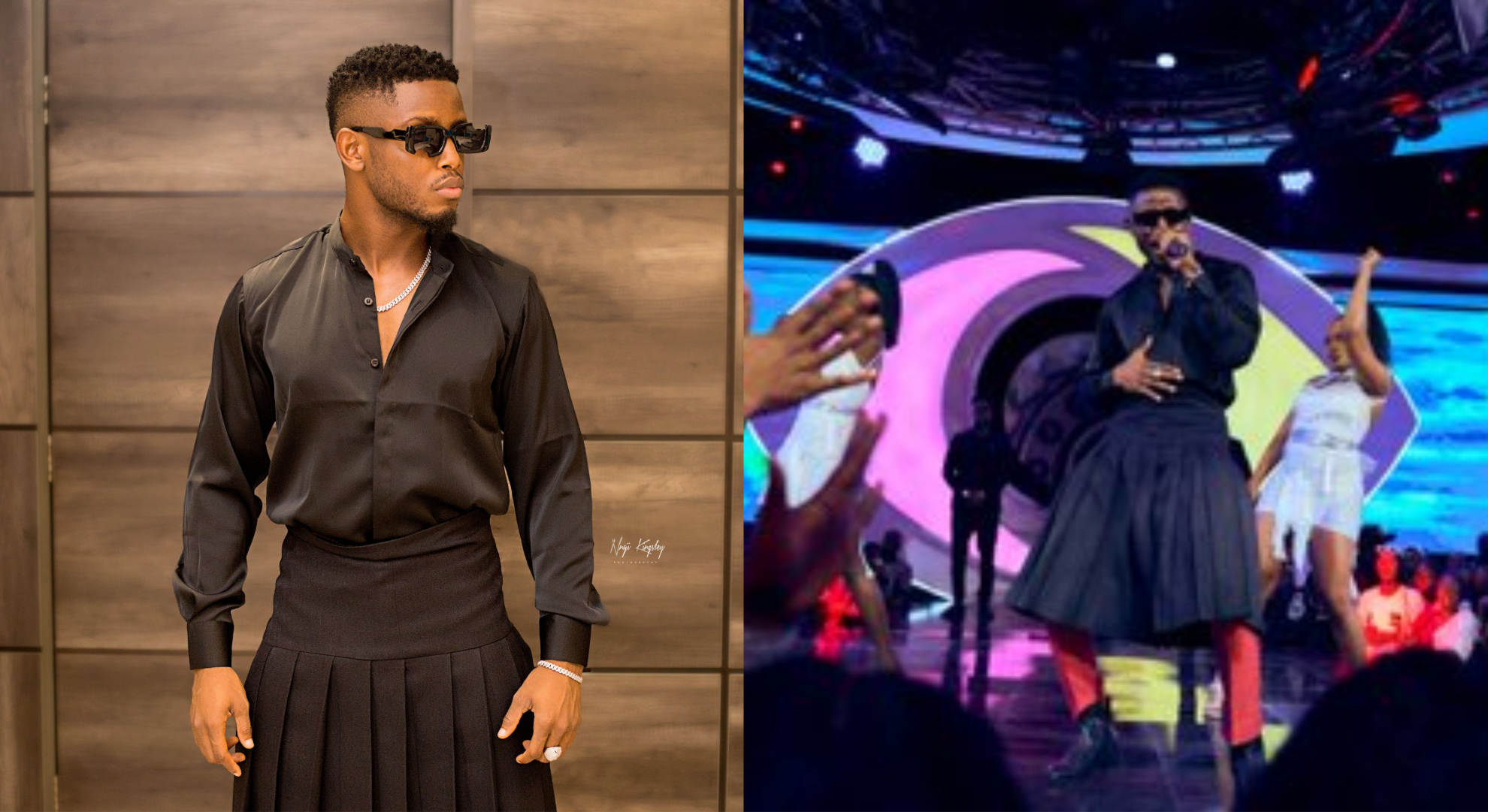 Talented Nigerian singer, Chike has gotten more than what he bargained for after revealing the reason why he performed at the recent Big Brother Naija (BBN) eviction show in a skirt.
Naija News reports that the singer and songwriter joined the leagues of male celebrities who have worn skirts on stage after showing up at the Big Brother Naija (BBNaija) Level Up eviction show on Sunday, September 4 in a skirt.

Chike, who was one of the highlights of the eviction show, rocked a black lined female skirt as he thrilled the audience with some of his hit songs.

After his performance in skirt went viral on social media, stirring a lot of reactions, Chike revealed he wore the outfit because trousers were now expensive.

The revelation rather than tame the backlash, worsen it, as netizens mocked even harder.

How fans reacted to Chike’s skirt below;

Gift wrote; ‘You want the price of shirt to go up now with this your dress sense’

Tobiloba wrote; ‘Oh Chike o, this is hard for me to say, but I’m gonna say it anyway, i have fallen out of love with you.’

Blessing wrote; ‘Lately, i have been seeing guys putting on skirt. what’s going on?’

The singer is the second Nigerian music star to storm this year’s BBNaija eviction show in the skirt, as Bella Shmurda had made headlines over it some weeks back.