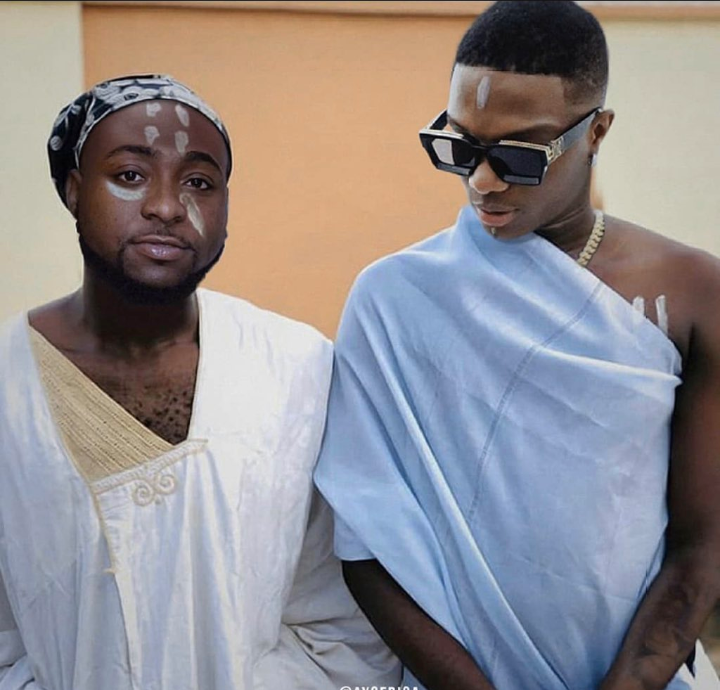 Nigerian singer Davido, has installed himself and his counterpart, Wizkid, Afro-pop kings of-all-time.

Davido bragged about this through his Twitter account that Wizkid and himself are
the greatest artistes of all time.

The ‘Risky’ singer submitted that there is no argument about it. His twit was accompanied with a photo of them both, to send home his claim.

The photo sees both Davido and Wiz
appearing on traditional flowing garments better known as agbada, with a cap on his head. One could spot stains of white chalk on the faces of both artistes.

Fans of both music sensations have been reacting with different differently, since Davido twitted.

While some agrees both Wizkid and Davido deserve the throne, others think only one does. There are the other parties too, but check out the twit yourself. 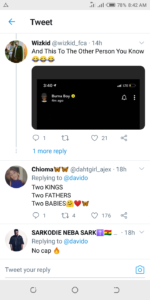 The 2 greatest of all time ! No 🧢 pic.twitter.com/W4GRMQ9yYJ

Share this post
Related tags : Davido Davido Declares Wizkid and Himself As Greatest Nigerian Artistes Of All Time Wizkid