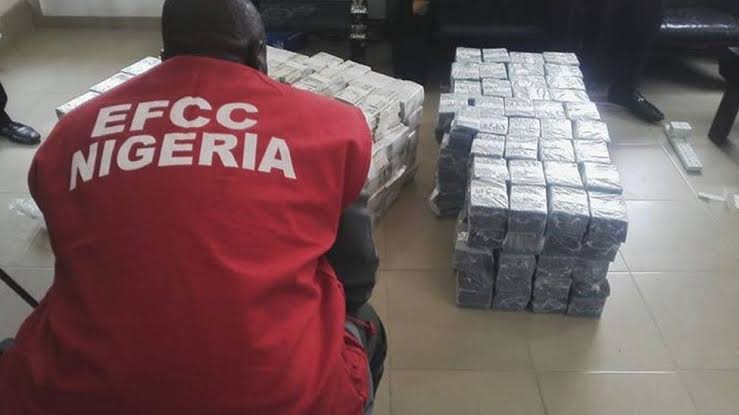 The Zonal Head, Mr Aminu Aliyu, made the disclosure on Wednesday in Abuja at a press briefing on the achievements of the zone within the period under review.

Nigeria’s central bank restates commitment to supporting the naira – Ventures Africa
Aliyu disclosed that the zonal office also recovered 10,386 dollars and 730,500 pounds within the period.
“In terms of recoveries, we have a total of N1,541,801,872 billion and it is broken down as follows.

Aliyu said that the commission’s collaboration with the FBI in some investigations had yielded three arrests in cybercrime offences.

“We have also intensified our efforts in stemming the rising tide of cybercrimes in the country and have made several arrests and seized their laptops, phones and other gadgets used to perpetrate the offence.

“Some proceeds of these crimes in form of vehicles and properties have been forfeited to the federal government while others are still under investigation.”

Aliyu said that as entrenched in EFCC corporate culture, the officers of the zone had demonstrated high level of professionalism and integrity in dispensing their duties to the public.

“Within the year under review, we have received a total number of 704 petitions. Out of these, 314 arrests have been made based on intelligence and merit of the cases, some have been thrown out for lack of merit while others have been transferred to other zones.

“In the same period, we have charged 67 cases to court and secured 43 convictions.

“You are all aware that courts were also affected during this lockdown.

“However, despite this and partial easing of same, we at the Zone are still pushing to get justice as we have been attending our court sessions as and when they sit,” Aliyu said.

The zonal head said that 2020 has been challenging due to the outbreak of the COVID-19 pandemic, adding that it did not deter officers from their duties.

This according to him is to effectively carry out their mandate, knowing that no gap must be created in the fight against corruption.

He enjoined the media, civil society organisations and pressure groups to join hands with EFCC to stamp corruption out of Nigeria for good.

“I wish to assure you that we are ready to do more. Ample support from the Acting Chairman, Mr Ibrahim Magu and dedication from highly skilled and well trained officers of the EFCC gives that assurance.

“However, we can’t win alone. We must all join hands together in this fight because we can win, but only together,” he added.