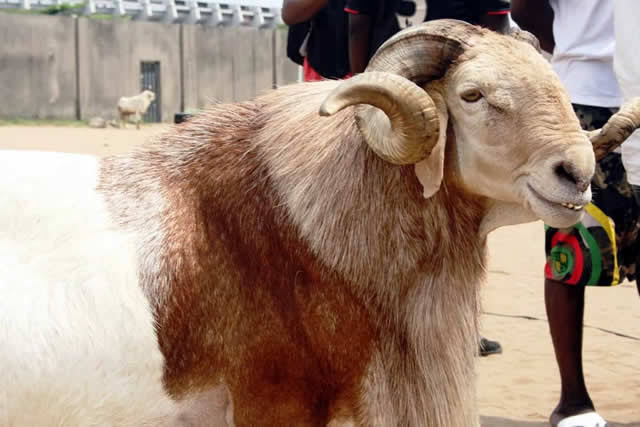 Few days to the Islamic festival of Eid-el-Kabir, muslims in Ilorin, the Kwara capital, are complaining of inability to buy rams owing to their prohibitive costs.

Checks by Apple's Bite Int'l Magazine around the metropolis on Friday, indicated high prices which have discouraged people from buying rams.

Some insisted on participating in the Islamic ritual of ram slaughtering even if it meant going for a smaller ram.

A visit to some ram dealer points at Mandate Market, Adeta Roundabout, Sango Area and Taiwo Road, among others, showed that the prices were higher than those of last year.

Apple's Bite Int'l Magazine reports that an average sized ram that qualified for the festival according to Islamic injunction, costs between N25,000 and N35,000, while those below N30,000 are of smaller sizes and in some cases infants.

In an interview with Apple's Bite Int'l Magazine, the Chairman of the ram sellers at Mandate Market, Mr Salman Olugbon, said they had reduced the prices of the rams to make it easier for buyers.

One of the prospective buyers, Abdulazeez Abdullateef, in an interview with NAN, said he bought one sold for N35,000 based on his income.

A civil servant, Mr Ibrahim Alege, said he preferred to use the money for ram to stock his home with food stuff.

Alege said that though he was yet to buy any ram, but was putting hope in God that he would buy before the festive period.