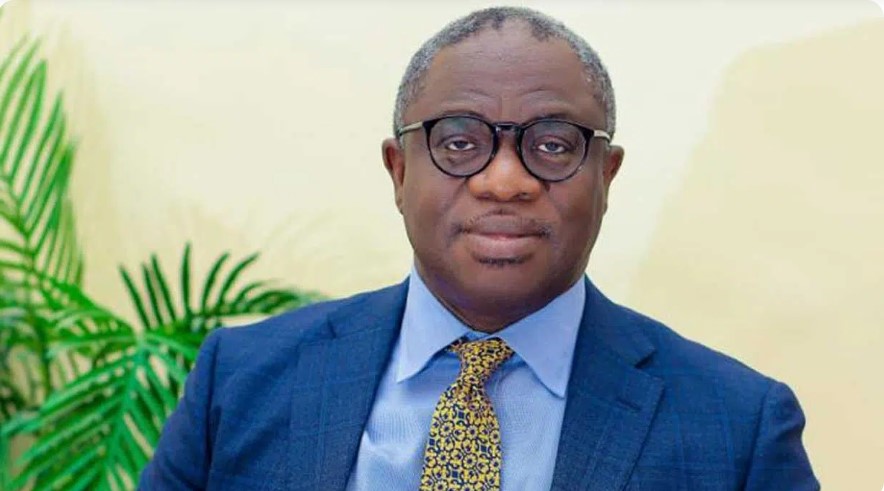 The flag-bearer of the African Democratic Congress (ADC) in the just concluded governorship election in Ekiti State, Wole Oluyede has accused the All Progressives Congress (APC) of vote-buying in the exercise, Applesbite reports.

Oluyede who expressed disappointment over processes during the polls said desperate politicians took advantage of the citizen’s sufferings and bought their conscience with money.

The Australia-based medical doctor said he regrets coming to Nigeria to join politics after witnessing the turn of events in the poll.

Oluyede said he had lost hope in the electoral process in Ekiti State and would not contest any political office again.

He said, “I am not going to run again because I think any contest now is for the highest bidder and I won’t waste my time and energy”.

Applesbite understands that Oluyede came fourth in the governorship election in Ekiti State.

Lamenting further in a statement issued on Wednesday, the guber candidate said he deliberately refused to buy votes in Saturday’s election.

He said: “I have lost hope in the entire process in the state, it is a tragedy. I didn’t buy the votes of the Ekiti people deliberately.

“I can’t use my hard-earned resources to run around talking to people on why I should be elected and I will still need to buy people, security agencies and the Independent National Electoral Commission. It appears politics here does not mean the best will emerge”.

Oluyede, however, said he would not challenge the outcome of the election in court. According to him, doing so would only amount to time-wasting as he alleged that the entire election process including the electoral umpire and security agencies were hijacked by vote-buyers thus making it easy to induce voters without any hindrance.

He added: “Ekiti people have chosen the leader they want by collecting money to vote and they should not complain of lacking basic and social amenities in the future. The problem Ekiti has now is that the people are poor and that was why they could buy their conscience. That was what All Progressives Congress used in gaining the heart of many people.

“More worrisome is the fact that the people do not want a solution to the problem of poverty. That was why even when we came with an agenda to address the poverty confronting them, they still expected us to buy their votes before we could help them. The winner is not the best, but he is the one the people deserved.

“It was consensual. Nobody can say that the inducement was forced on them. Personally, I have learned a new lesson about Ekiti. If I had known, I would not have become a politician, much more contest for election.”