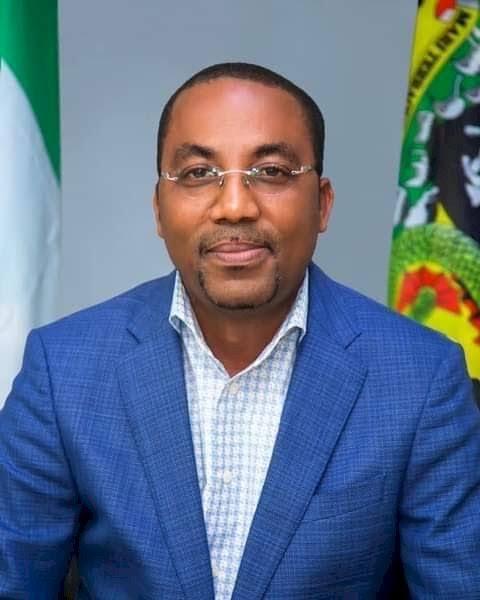 Like stones and sticks thrown at fruit-bearing trees, the blooming career of Acting Managing Director, Nigerian Ports Authority, NPA, Mohammed Bello-Koko is experiencing what appears like orchestrated attacks against his person, to bring him down.

There are unsubstantiated allegations of money laundering, and illicit dealing against Bello-Koko and his wife, Agatha Anne Koko.

However, to discerning and intelligent minds, these accusations are nothing but grapevine, that beg for logic. Claims that would be dismissed into thin air under cross-examination, for its lack of merit. The tales are at their best, conjectures from the senile minds of certain elements.

When people throw stones at you, it is because you are a good tree full of fruits. They see a lot of harvest in you, and their malevolent minds would stop at nothing, until they try to bring you down.

Now, for a man marked by moral integrity and goodwill, it is expected of Bello-Koko, that when his adversaries go low, he should fly high.

When they toss stones and sticks at you, do not go down to their level by flinging them back the stones. Instead, gather the stones, and build a castle with it. Bello-Koko is expected to rise like a phoenix from the ashes.

When the dust finally settles, Bello-Koko would have become stronger, smarter and even more powerful, to the disarray of his adversities.

A perusal at the antecedents and track records of Bello-Koko, one will understand, that he did not rise through the rank and file of his career by fluke. Instead, the man is a product of dedication, hard work and brilliance.

Until his latest appointment, the 51-year-old Kebbi State indigene served as the Executive Director (ED), Finance and Administration. He was appointed in 2016, and is not just one of the longest serving EDs, and member of the management team, but also, one, who has exemplified himself with his penchant for good corporate governance and best practices.

He is equipped with about two decades of work experience in the banking sector. He started his working career with FSB International Bank Plc, Port Harcourt, as executive trainee-banking operations and was there between 1996 and 2004. He rose to various positions such as Banking Officer-Credit and later Senior Banking Officer, Senior Treasury Officer and later manager.

He later joined Zenith Bank, where he became the Deputy General Manager, Zonal Head and member, Zenith Bank management team. Bello-Koko embarked on a leave of absence from the bank to take up his appointment as NPA Executive Director in 2016.

With his appointment in July 2016 as the NPA ED Finance and Administration, his job, for which he is recognized to have done meritoriously well, was among others, to provide oversight for all divisions within the finance and administration directorate and ensure they operate at optimal levels and deliver quality services within defined service level agreements and to provide improved revenue collection measures.

It was also his responsibility to provide measures that ensure blockage of revenue leakages with a view to improving revenue generation and collection, consolidate the preparation of the authority’s annual budget for presentation to the relevant authorities by the CEO, coordinate the budget implementation in the organization and report same to the CEO and ensure that appropriate strategies were developed to achieve the organization’s goals and objectives.

His job description also encompassed the design and implementation of internal process improvement strategies and performance measurement techniques, ensuring the NPA human resource management practices are designed to promote manpower development, competence and high performance that will positively impact productivity and performance and overseeing the human capacity and manpower development processes in the organization while ensuring the implementation of a strategic and well-designed annual staff training plan.

The tasks of promoting staff welfare, interfacing with labor unions and ensuring prompt resolution of industrial conflicts as they may arise, overseeing the activities of the medical services division responsible for the provision of medical care services to both serving and retired employees, ensuring functionality and efficiency of the NPA medical facilities across the port locations, were also parts of his duties.

Koko-Bello was also in charge of the management of NPA’s superannuation funds and pension assets, ensured prompt payment of retirement benefits to all retiring employees and prompt payment of pension allowance to the retired employees on pension payroll, facilitated regular verification of the NPA pensioners and provision of medical welfare services.

He also oversaw the activities of the Enterprise Risk Management Department responsible for insuring all the Authority’s assets, ensured prompt payment of premium and claims processing, ensured circularization and strict implementation of government policies across the organization, presided over directorate meetings, and served as a member of the Executive Management Committee and Board of Directors.

In his resume, Bello-Koko boasts that he possesses special skills such as strong communication skills (both oral and written), broad orientation in credit analysis, management, documentation, and training, broad-based exposure, competence in managing oil and gas relationships and profound knowledge of public sector business in Nigeria, including at local, state, and federal levels, with additional experience in the South-south region, strong negotiation skills and prudent financial management.

He completed his secondary school education at the Federal Government College, Sokoto in 1986, and headed for the University of Sokoto, where he bagged a Bachelor of Science degree in Management Studies (B.Sc) in 1992 and Master’s degree in Business Administration (MBA) from the Usman Danfodio University, Sokoto in 1995. He also obtained an Executive Certificate in Public Leadership from Harvard Kennedy School, USA in 2019.

With his assignment as the helms man of NPA, expectations are high, and many industry stakeholders are of the view that Bello-Koko has all it takes to deliver on the job has in his hands as helms man of the NPA, overseeing her affairs and performing the functions of the CEO as provided in the act establishing the agency. Howbeit, with detractors throwing occasional slings to shift his gaze from his assignment, we hope that he stays focused on his primary assignment.