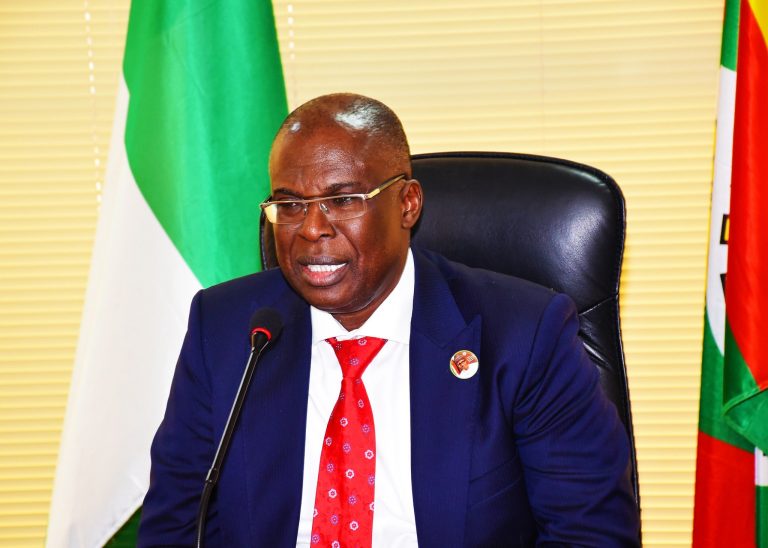 The Minister of State for Petroleum Resources Chief Timipre Sylva says the deregulation of the downstream oil sector was to ensure economic growth and development of the country.

Sylva made this known in a statement in Abuja, on Thursday.

He said it was unrealistic to continue to subsidise the Premium Motor Spirit (PMS) also known as petrol as it had no economic value.

He urged Nigerians to ignore recent misguided comments and innuendos on the issue.

“It has become expedient for the Ministry of Petroleum to explain misconceptions around the issue of Petroleum Products Deregulation.

“After a thorough examination of the economics of subsidising PMS for domestic consumption, the government concluded that it was unrealistic to continue with the burden of subsidising PMS to the tune of trillions of naira every year.

“More so, when the subsidy was benefiting in large part the rich rather than the poor and ordinary Nigerians.

According to him, market forces will henceforth determine the price at the pump.

This, he said was in line with global best practices adding that government would continue to play its traditional role of regulation; to ensure that this strategic commodity was not priced arbitrarily by private sector suppliers.

“A regulatory function not unlike the role played by the Central Bank of Nigeria in the banking sector; ensuring that commercial banks do not charge arbitrary interest rates.

“Petroleum Products are refined from Crude Oil. Therefore the price of Crude (the feedstock) for the refining process will affect the price of the refined product,” he added.

He noted that government at that time indicated that increase in Crude Oil prices would also reflect at the pump.

“This is a necessary action taken by a responsible government in the overall interest of Nigerians.

“Indeed, one of the reasons we have been unable to attract the level of investments we desire into the refining sector has been the burden of fuel subsidy.

” We need to free up that investment space so that what happened in the Banking Sector, Aviation Sector and other Sectors can happen in the Midstream and Downstream Oil Sector.

” We can no longer avoid the inevitable and expect the impossible to continue. There was no time government promised to reduce Pump Price and keep it permanently low.

“Let us therefore ignore the antics of unscrupulous middlemen who would want status quo ante to remain at the expense of the generality of Nigerians.,” he added.

The minister noted that in addition to attracting investments and creating jobs and opportunities,the policy direction would free up trillions of naira to develop infrastructure instead of enriching a few.

He said that government was very mindful of the likely impact higher PMS prices would have on Nigerians.

“To alleviate this, we are working very hard to roll out the auto-gas scheme, which will provide Nigerians with alternative sources of fuel and at a lower cost, ” he said.