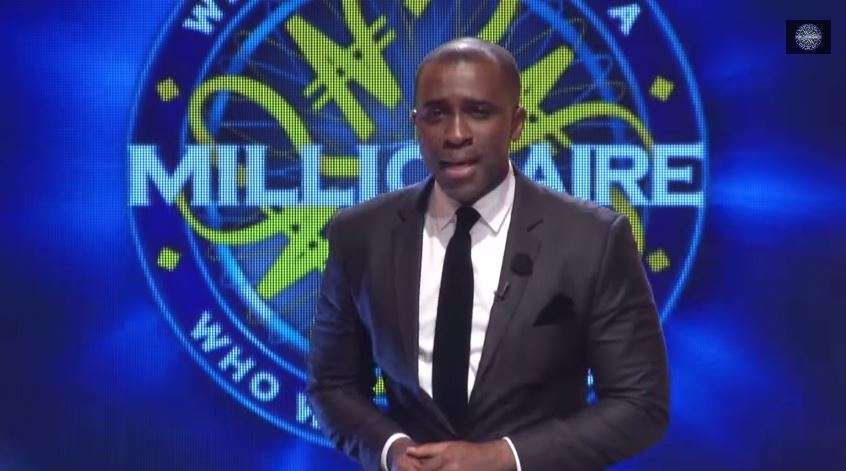 Frank Edoho has been announced as host as one of Nigeria’s biggest television shows stages a comeback.

This was announced in an event on Sunday, February 6th. The brilliant anchor will also turn 50 this year, as he continues a journey which has set him apart as one of Nigeria’s finest broadcasters and television show hosts.

For thirteen years, Nigerians sat and sometimes stood as individuals and as families to watch what’s unarguably one of the finest shows to have ever been aired on the local television space. Edoho’s rare ability to keep the viewing audience in suspense and give them an interesting and entertaining pulsation made him stand out as a man many trooped to see, and Who Wants To Be A Millionaire, a show many loved to watch.

Recall that Who Wants To Be A Millionaire ran on Fridays across local stations from the 8th of October 2004, until June 25, 2017. It, for more than a decade proved to be the perfect entertainment and education for most Nigerians heading into the weekend. When the show stopped airing almost five years ago after headline sponsors MTN pulled out, it was a great loss for Nigerian Television content lovers. A rebirth was imminent at some point, a relaunch was important and a return was always going to be accepted as Nigeria has struggled to produce any show of its kind in all the years it was away.

Recall the beautiful scenes in 2009 when Aroma Ufodike, from Nnewi, Anambra State won the grand prize of N10 million, and became just the first person to achieve the feat. A lot has changed ever since including the amount of money expected to be won. This time, participants have a chance to go home with double the amount, as N20million is the new grand prize.

The sponsors of the event are UP, Nigeria’s Premier Payments & Financial Technology Company and Leaders in Digital Payments Innovation, in collaboration with BLK Hut Media, the show’s producers in Nigeria under the License of Sony Pictures.

Agada Apochi, the Managing Director of UP said the show is returning with better packages and will create lasting memories for the teeming Nigerian populace.

“We are sponsoring Who Wants to Be a Millionaire? to entertain, educate and excite Nigerians. The return of WWTBAM is coming with a bang that would create lasting memories in the audience’s minds. It is going to keep them on the edge of their seats as new millionaires emerge from the show,” he said.

The Chief Executive Officer of BLK HUT Media, Hakeem Condotti also said the show is back to give Nigerians great entertainment and education as they take a step further in their desire to deliver premium content to drive Nigerian television lovers.

“As a company, BLK Hut desires to continuously deliver creative, intelligent and professional content to the market for the people and partner brands; and in the production of a brand with Who Wants To Be A Millionaire’s stature, we are able to show our range and capacity to this effect. With lead sponsorship by UP, we are proud to bring international quality content right to our screens again in Nigeria, be it on TV, Digital, Cable, or Mobile. As part of the much-needed Covid relief that we all need as a nation, Who Wants To Be A Millionaire? Series 2 – The Rebirth is here to entertain, educate and have viewers on the edge of their seats.”