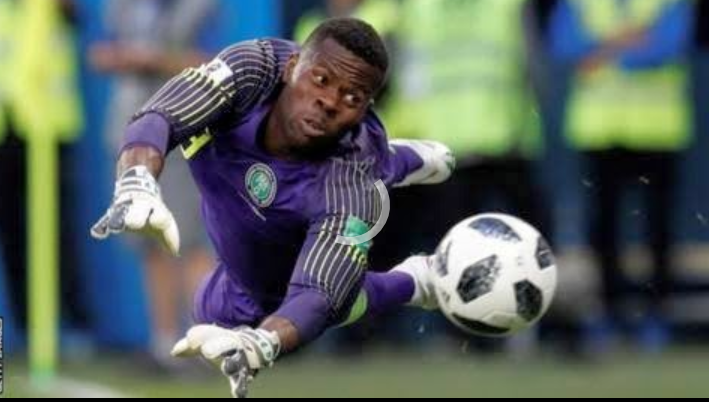 Super Eagles goalie Francis Uzoho, has revealed that he got his first invitation to the camp of the Super Eagles after he made his debut with Deportivo La Corona in the spanish top flight.

He said that he wasn’t expecting to be drafted to the senior national team of Nigeria so soon as he was still very young and learning the ropes in Spain.

Francis Uzoho disclosed that manning the goal post as Super Eagles no 1 was the greatest surprise to him as that has always being his dream.

Speaking on a Lagos based radio show, he revealed that he used to be picking balls for other Super Eagles goalies, Daniel Akpeyi and Ikechukwu Ezenwa at Heartland football club in owerri.

According to him, their relationships date back to their years at Heartland and meeting at the national team was a big re-union.

On his long term injury lay off from football activities, he revealed that he is recovering very fast and could meet up whenever normalcy returns to the world in the post COVID era.

Asked about playing against Messi and his team mates in Argentina at the worldcup in 2018, he revealed that it was one of his happiest days of his life.

On the controversy surrounding his age, Uzoho revealed that his looks is confusing people into believing he is older than he claims.

He explained that he worked hard to develop his physique in order to get his  stamina and strength to be a good goalie.

He added that his physique was one of the things that attracted  scouts from Deportivo when his then football club Aspire academy went on a tour in Spain.