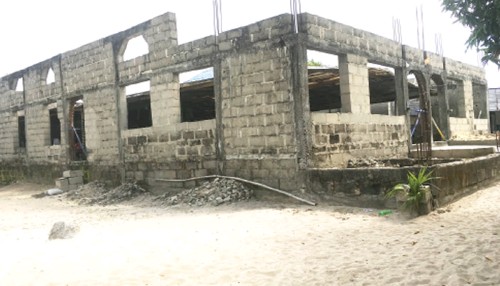 A 38-year-old herbalist, Jimoh Jogbo, has allegedly killed his mother-in-law in a Celestial Church located at White House in Orofun community, in the Ibeju Lekki Local Government Area of Lagos State.

Jogbo also allegedly killed his friend, Shakiru Jamiu, who saw him on the way to perpetrate the crime in the church.

It was gathered that Jogbo and his wife relocated to Lagos and were living with his mother-in-law pending the time they would secure an apartment in the state.

The herbalist was said to be at home with his wife and her 14-year-old sister when he allegedly defiled the minor.

Angered by the development, the victim reported the incident to Jogbo’s wife and her mother.

The duo threatened to take up the matter with the herbalist and ordered him to leave the house.

During a visit to the mother-in-law’s residence on Saturday, Jogbo’s wife, while speaking with our correspondent, said after instructing her husband to leave the house, he trailed her mother to the church on Monday, November 14, 2022, and allegedly killed her.

She said, “Both of us moved in with my mum in March and we have been living with her since then. In October, my mum visited one of my sisters who delivered a baby, and we were at home with my two younger sisters.

“On November 6, one of my sisters went to a vigil, while the youngest one stayed at home with us. That very night, my husband and I were outside around 11pm but as he was talking to someone, I left him and went inside.

“He later came to sleep beside me. It was the following day that my younger sister told me he raped her at midnight. When I confronted him, he denied. I informed my mum and we became furious and asked him to leave the house.

“He packed his properties and left the following day only to return during that week to start begging me. When my mum returned, she went straight to the church where she stayed till Sunday. On Sunday evening, he called me and said my mum called and rained curses on him.”

Jogbo’s wife said her husband informed her that he was returning to Ago-Iwoye, Ogun State, but lurked around the community to perpetrate the crime.

She said, “Around 3am, someone from my mum’s church called me to come to the church because she was not feeling fine. As I was about to rush out, I heard footsteps and saw an iron rod on the floor.

“I was called from the church again that I should start going to the Akodu General Hospital and that was how I got to know that he (Jogbo) had killed my mother and was about to come and kill me.”

During a visit to the scene of the incident, the church’s shepherd, Durodola Agunloye, while speaking to our correspondent, said he heard someone shouting his name when Jogbo was attacking his mother-in-law on the church’s premises around 2am.

Agunloye said, “I rushed out, went straight into the church and saw her in a pool of blood. She could not talk when I called her name but was only grasping for breath. Immediately, I alerted the chairman of our church, who came around with his car which we used in conveying her to the hospital where she was confirmed dead.

“We also reached out to some local vigilantes to mount surveillance in the community and Jogbo was caught while trying to escape. When they brought him to the church, he denied the killing.

“Around 7am, we saw the corpse of a young man a few metres away from the church and we discovered that it was Jogbo’s friend, Shakiru. We learnt that Shakiru saw him on his way to the church and confronted him and since he knew Shakiru recognised him, he attacked him with a stick and killed him. Jogbo used the same stick to kill his mother-in-law.”

The state Police Public Relations Officer, SP Benjamin Hundeyin, confirming the incident, said, “It is a fresh case and investigation is ongoing.”