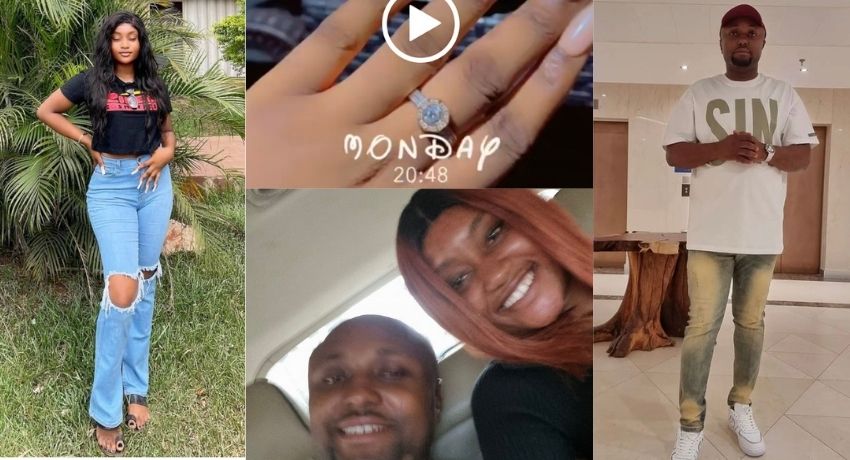 Congratulations are in order for Israel DMW who is officially off the market as he has snagged himself a woman to do forever with.

The logistics manager and aide to DMW label boss, Davido revealed that he had asked the woman in his life to marry him and got a resounding ‘yes’. 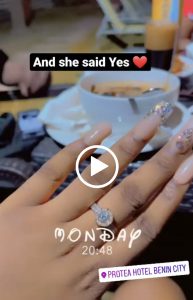 Israel DMW showed of his soon-to-be Mrs’ engagement ring via his Instagram stories with the woman disclosing that the night was supposed to be a simple dinner at Protea Hotel in Benin but surprisingly turned out to be a proposal.

The O2 Performing artist then went on to unveil his fiancée, showing off different photos of the woman with whom he’s ready to do forever with. See video below:

Recall Rapper, MI Abaga also proposed to his fiancée and they are set to wed soon.

The rapper took to Instagram to share clips of Eniola, and narrated how they met. They met in Dec. 2020, after being introduced by Audu Maikori, began chatting and eventually met in person as their relationship blossomed.

Images courtesy of Ifeoluwa Olaoye and