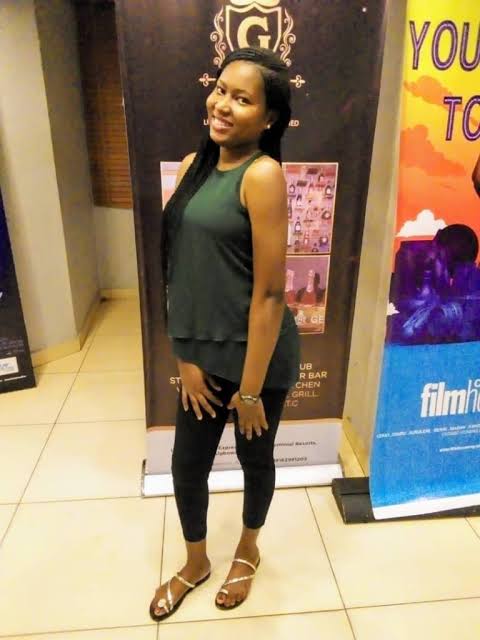 Edo State command of the Nigerian Police Force on Tuesday, June 2, announced that a suspect who was identified through his finger prints has been taken in for further questioning in connection with the rape and murder of the 100-level Microbiology student of the University of Benin, Miss Vera Uwaila Omozuwa.

The command's spokesman, DSP Chidi Nwabuzor, who made this statement, said the suspect was arrested following the screening of the fingerprints on the fire extinguisher allegedly used to smash the deceased’s head.

The suspect was arrested after the Area Commander of the Ikpoba Hill Police Station mobilised his men to the scene.

“The item used for the assault, which was a fire extinguisher, was recovered; the operatives, who were with some specialists, screened the fingerprints, which led to the suspect around the scene of the incident and he was arrested,” Nwabuzor stated.

Uwaila was murdered after being raped inside the Redeemed Christian Church of God, Miracle Sanctuary Mega Parish, Edo Province 10, Ikpoba Hill, Benin City on May 27, 2020, where she had gone to study.

The unfortunate ordeal of late Uwa has sparked outrage and protests in Benin, Lagos and Abuja, with the hashtag, #JusticeForUwa, trending on the social media since Sunday.

The President, Major General Muhammadu Buhari (retd.), on his verified Twitter handle, urged the police to ensure that Uwaila’s killers were brought to justice.

He tweeted, “I would like to offer my deepest condolences to the family and friends of Uwaila Omozuwa. I expect the Nigeria Police Force to speedily and diligently investigate this case and ensure that all the culprits responsible for this barbaric act are brought to justice.” 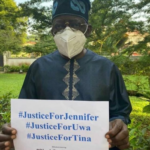 The National Leader of the All Progressives Congress, Asiwaju Bola Tinubu, also condemned Uwaila’s rape and killing as well as sexual assault on other women in recent times.

He tweeted, “For far too long women and young girls in our nation have suffered the pain, hurt and stigma of gender-based violence and abuse. Too many have been hurt, intimidated and bullied. Too many have died. Such violence is inexcusable. There is nothing that can defend this wrongdoing.

“All of us are born of woman and nurtured of woman. Vera Uwaila Omozuwa is the most recent name on a list, far too long, of women who have lost their lives at the hands of these vile criminals. Today, I rise in solidarity with women in Nigeria to say #enoughisenough. #JusticeforUwa #JusticeforJennifer #JusticeforTina #JUSTICE for all victims of gender based violence.”

Meanwhile, the Inspector-General of Police, Mohammed Adamu, has ordered the immediate transfer of the investigation into Uwaila’s killing from the Edo State Police Command to the Force Headquarters, Abuja.

The IG’s directive was sequel to the preliminary report from the team of investigators and forensic experts earlier deployed to assist the state command in the investigation of the incident.

A suspect arrested in connection with the incident is expected to be transferred alongside the case file to the force headquarters.

The force spokesman, DCP Frank Mba, said in a statement on Tuesday, “The Deputy Inspector-General of Police in charge of the Force Criminal Investigation Department, Anthony Ogbizi, will henceforth provide direct supervision and ensure speedy and thorough investigation of the case.”