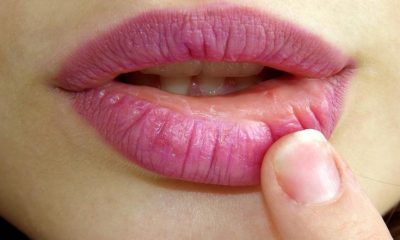 The Nigeria Centre for Disease Control (NCDC) has warned that having a direct kiss with a meningitis patient can get the other person infected since the disease is categorized as transmittable.
This is as the health agency revealed that the disease can also be transmitted through coughing and sneezing.

Applesbite understands that Meningitis is an inflammation of the fluid and membranes (meninges) surrounding one’s brain and spinal cord. It is usually caused by a viral infection but can also be bacterial or fungal.

A statement issued on Wednesday, October 5 by the NCDC revealed that no fewer than fifty-six people have died of meningitis in Nigeria this year.

The agency through its Director-General, Ifedayo Adetifa, revealed that 961 cases of the disease were recorded in the country so far in 2022.

Applesbite understands that the suspected cases were recorded from 32 states including the Federal Capital Territory across 159 Local Government Areas.

The awareness of the disease was made again during the celebration of World Meningitis Day on October 5. According to the NCDC, meningitis is an epidemic-prone disease with cases reported all year round in Nigeria.

The highest burden occurs in the “Meningitis Belt” of Africa south of the Sahara Desert. In Nigeria, the belt includes all 19 northern states, the Federal Capital Territory, and some southern states.

In a social media post, on Facebook precisely, the NCDC noted that Meningitis is mostly spread from person to person through respiratory droplets e.g. coughing, sneezing & close contact such as kissing.

“Meningitis can affect anyone at any age. Seek medical attention if you experience symptoms. Let’s take action to #DefeatMeningitis,” the agency posted on Facebook.

According to the centre, the most common signs and symptoms of meningitis are fever, headache, nausea and vomiting, photophobia (pain on looking at bright lights), neck stiffness, and altered consciousness levels.

“In younger children, it may be more difficult to observe these signs, and irritability, poor feeding, and inactivity are common.