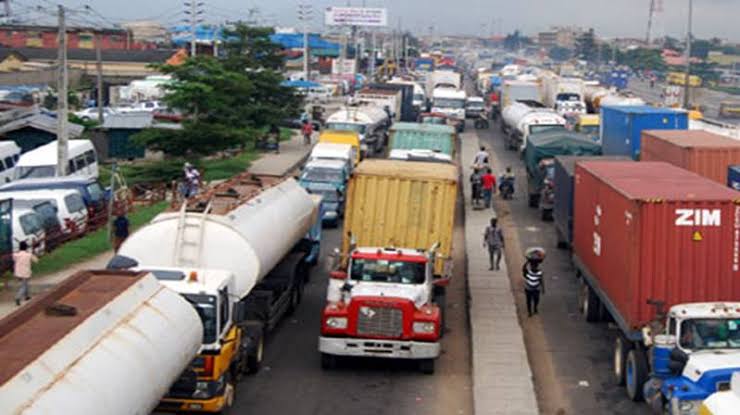 The Lagos State Government on Wednesday banned trucks and trailers from plying roads in the state during day time.

The government said trucks and trailers were now restricted to night operations on Lagos roads in order to avert rising carnage’s on roads during day time.

The restriction order would soon be implemented by the government.

The State government met with officials of various truck unions in Ikeja on Wednesday to make its position known on the proposed the implementation of route restrictions for trailer and truck drivers operating within the State and movement period restricted to night.

Commissioner for Transportation, Dr. Frederic Oladeinde announced that the current administration has mapped out dedicated routes to be plied between 9:00pm and 6:00am daily.

He said the move was necessary as the Apapa area of Lagos has been rendered less profitable for investors in all sectors due to the gridlock and activities of truck drivers along the axis, appealing further to Stakeholders to cooperate with the State Government to remedy the situation.

Oladeinde urged stakeholders to put aside their sentiments and think of other motoring public as this isn’t geared towards spitting them but opening up the State for greater economic realities, adding that attitudinal change on the part of truck drivers was necessary if any progress would be made.

The Special Adviser to the Governor on Transportation, Hon. Oluwatoyin Fayinka declared that none compliance from truck drivers would be met with the full weight of the Law with sanctions exerted on offenders, advising that they utilize the grace period to get their act together and conform with the directives issued out.

While requesting the Nigerian Port Authority to furnish the Ministry with information on vehicles call up schedule on daily basis, Fayinka maintained that it would also help control the influx of vehicles into Lagos, especially Apapa ports and prevent the loitering of tankers and trucks along road corridors with its attendant damage on road infrastructure which contributes to traffic gridlock.

Fayinka further advised operators to secure parks outside Apapa to curb the gridlock and work hand in hand with the State Vehicle Inspection Services, (VIS) and the Federal Road Safety Corps (FRSC) by ensuring their vehicles are Road Worthy with the warning that rickety vehicles will be impounded.

The representative of the Nigerian Ports Authority, (NPA) Mr. Ayodele Durowaye lauded the proposed initiative by the State Government, stating that it wasn’t a new development, he however advised that a forum be created to discuss the technicalities and draw up solutions that will ensure safety and ease stakeholders’ operations.

In the affirmative, the Lagos Sector Commander, Federal Road Safety Corps, Olumide Ogungbemide stated that the loss of a life could not be equated to sentiments being raised by truckers, disclosing further that only 8% of the operators have minimum safety requirements.

In the same vein the General Manager, Lagos State Traffic Management Authority (LASTMA), Engr. Olajide Oduyoye and the Director Vehicle Inspection Service, Engr. George Akin-Fashola appealed to the Stakeholders to support the directive in consideration for the citizenry and prevent avoidable enforcement from the Government as the road infrastructure belongs to everyone.

They assured that their agencies are ready to work with the unions to get their members acquainted on safety requirements and help beef up their services in line with the provision of the Law on safety of lives and property.

According to him, any vehicle above 6ft with three sets of number plates is considered a Trailer and an Articulated Vehicle, explaining that Ikorodu road, Maryland, Costain and Funsho Williams avenue will be restricted.

Remi Ogunbgemi, representing the generality of the unions further revealed that they were taking steps to digitize their operations, including electronic Call up System for trucks due at ports to reduce the number of trailers parked along the roads.