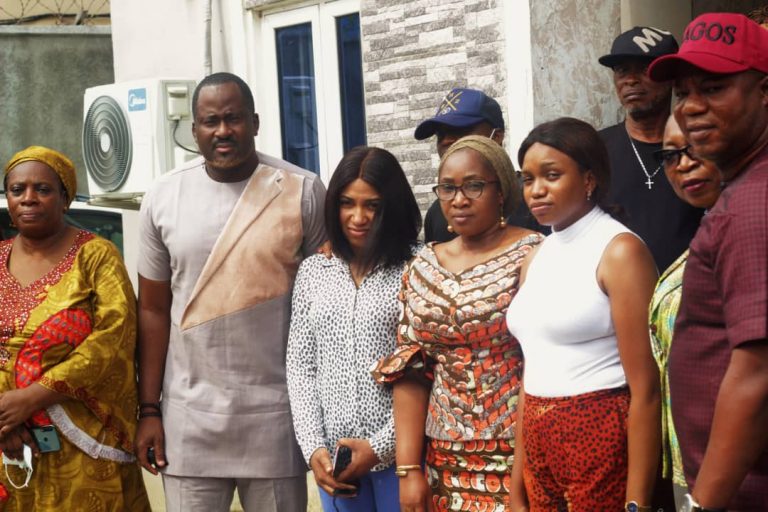 The delegation team was led by the State
Commissioner for Tourism, Arts and Culture, Mrs. Uzamat Akinbile-Yussuf, the Special Adviser to the Governor on Tourism and the Lagos Assembly member, Hon. Desmond Elliot.

In her remarks, the commissioner spoke highly of the deceased and her contribution to the entertainment and tourism industry in Nigeria and Lagos, in particular.

Mrs. Akinbile-Yussuf noted that late Oniga was a huge inspiration to millions of people in the society and thus condole with the entire family and Nollywood in general, while she prayed for a fortitude to bear the loss. 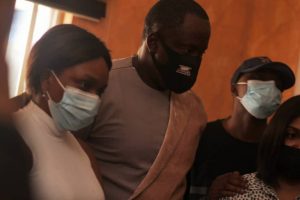 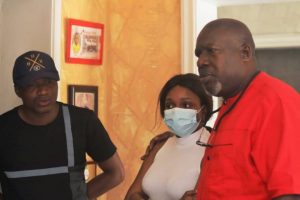 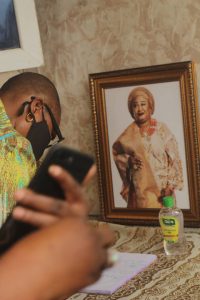