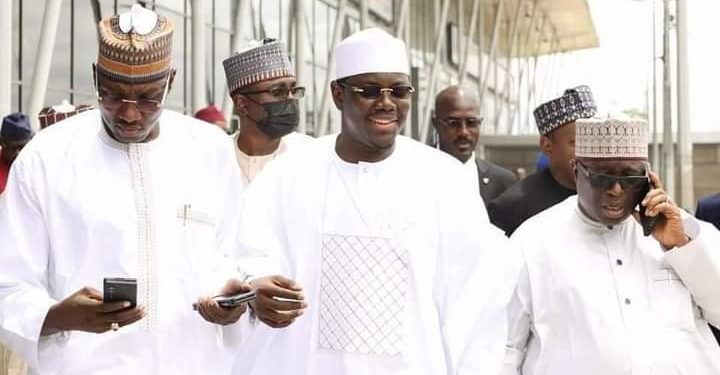 In the list also is the party’s governorship candidate in Kaduna State, Isa Ashiru and his Katsina State counterpart, Yakubu Lado Danmarke, among others.

The agenda of the meeting currently underway is yet to be made public. This, however, could be connected to the crisis rocking the party a few months ahead of the 2023 general elections.

Recall that the National Chairman of the party, Iyorchia Ayu had described the people calling for his resignation from office as children.

Ayu further stated that he would not allow the people to destroy the party ahead of the 2023 general elections.

Ooni of Ife’s New Wife, Olori Mariam Arrives Palace; Here Are Five Facts You Should Know About Her

Wike, however, thinks the people calling him and his allies children are responsible for the destruction of the main opposition party.

The Rivers State Governor noted that the boys stayed behind and kept the party working when others left.

He charged the people of Rivers State not to be intimidated by anybody as the election season draws closer.

The PDP Governor said he pity any Rivers man going to pick crumbs from the table.