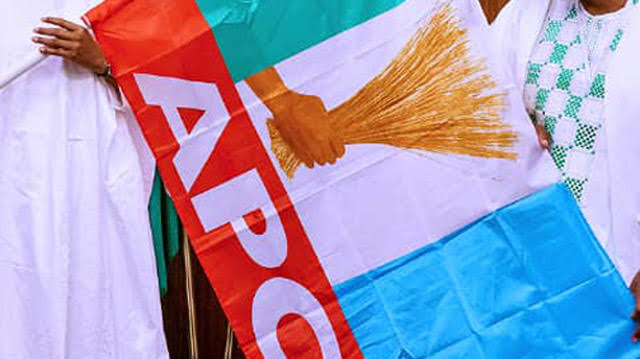 Over 4,000 delegates are expected to attend the convention of the ruling party today (Saturday) at the Eagle Square to elect new national and zonal officials.

The governing All Progressives Congress (APC) will hold its much anticipated National Convention today (Saturday) in Abuja.

New national and zonal officers of the party will be elected at the convention earlier billed for February 26 but shifted to March 26.

The convention is also expected to approve the amended sections of the party’s constitution and ratify the activities of the Caretaker/Extraordinary Convention Planning Committee (CECPC).

Over 4,000 delegates from the 36 states of the federation and FCT are expected to attend the convention.

The delegates will elect the 22 members of the National Working Committee (NWC) from the 169 aspirants for various positions to take over the leadership of the nine-year old party from the CECPC.

The 12-member committee, led by Governor Mala Buni of Yobe State, was constituted on June 25, 2020, after the sack of the Adams Oshiomhole-led NWC, to run the party and package a convention within six months. It could not do so until now.

The main attraction of today’s event is the election of a new chairman. Seven members of the party bought the expression of interest and nomination forms to vie for the position, zoned to the North-central.

Others are a former Benue governor and current Minister of Special Duties, George Akume, the senator for Niger East, Sani Musa, former Deputy Chairman of the defunct CPC, Saliu Mustapha from Kwara State and an aide to Niger governor, Mohammed Etsu.

Although he is not from the North-central region, Abdulaziz Yari, a former governor of Zamfara State, North-west region, is also in the race.

However, following the directive of the Leader of the party, President Muhammadu Buhari, on Wednesday, there are indications that the next chairman and the other officials of the party will emerge by consensus.

For the position of the chairman, Mr Buhari is reportedly rooting for Mr Adamu.

Some of the aspirants have reportedly kicked against the consensus option preferring to slug it out at the convention.

Should this happen, the election of the new officers promises to be intriguing considering their diverse strength and popularity.