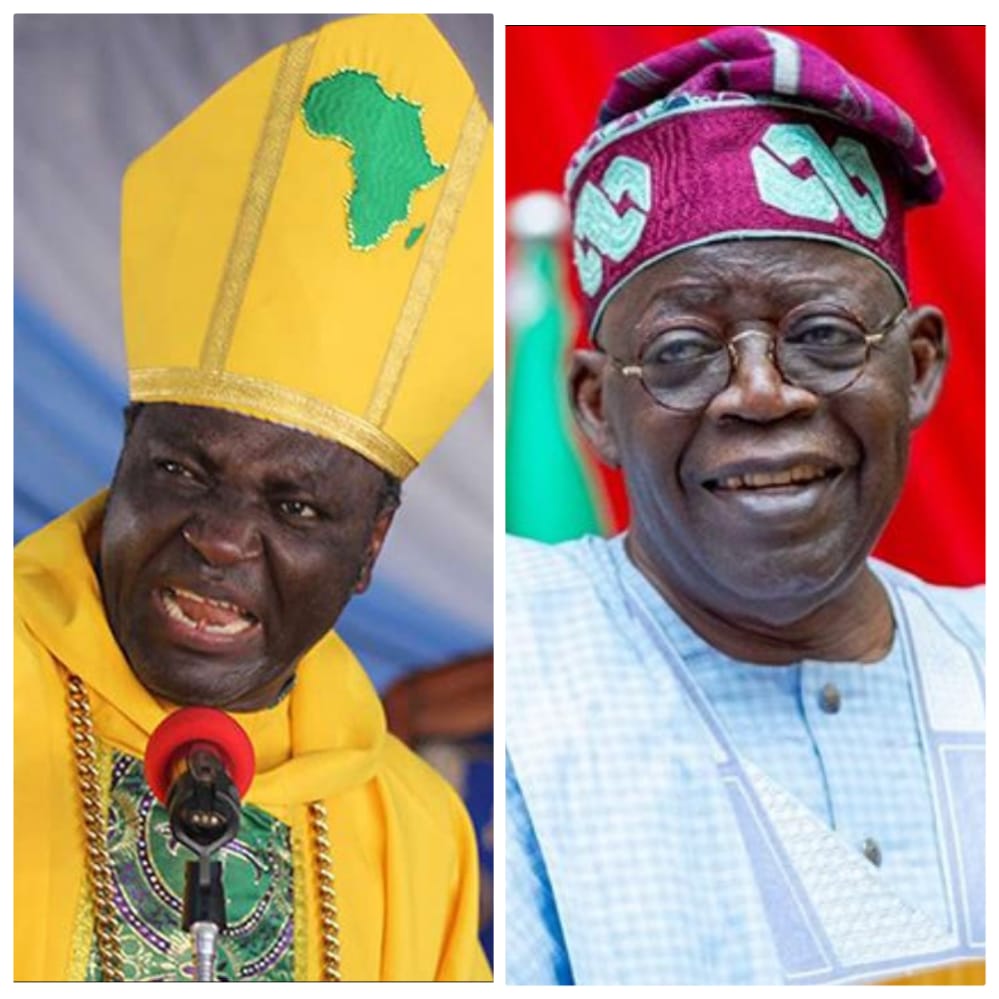 The founder of Resurrection Praise Ministries For Africa, Archbishop Benjamin Mustapha has challenged the presidential candidate of APC Bola Ahmed Tinubu to meet him at Gani Fawehinmi park by 10am on Saturday if he claims that the revelations he gave to Nigerians are false.

The radical Archbishop Mustapha, Jehovah Sharp Sharp accused Tinubu of desecration of the office of the bishop by bringing fake people and miscreants to stand as bishops during the unveiling of his running mate, Shetimma.

He accused Tinubu and APC of making mockery and ridicule of the altar of Jehovah, he was more furious because pastor David Obi, a man whom he sacked ten years ago was among the “unknown men of God ” that Tinubu and his team arranged to fake as a Bishop;in the spirit of fairness, Archbishop Benjamin has challenged Tinubu to meet him at Gani Fawehinmi Park to debunk what he said and tell Nigerians that he is telling lies against him.

The Archbishop who conducted a burial service for Deborah Samuel who was gruesomely murder and burnt to death by some Muslim extremists.

The cleric also lamented and condemned the Muslim -Muslim arrangement of APC and urged Christians not to vote vote for them. The cleric claimed that God has rejected Tinubu for desecrating his altar and enunciated that the host of heaven have narrowed the 2023 election to be between Peter Obi of the Labour Party and Atiku Abubarkar of PDP.