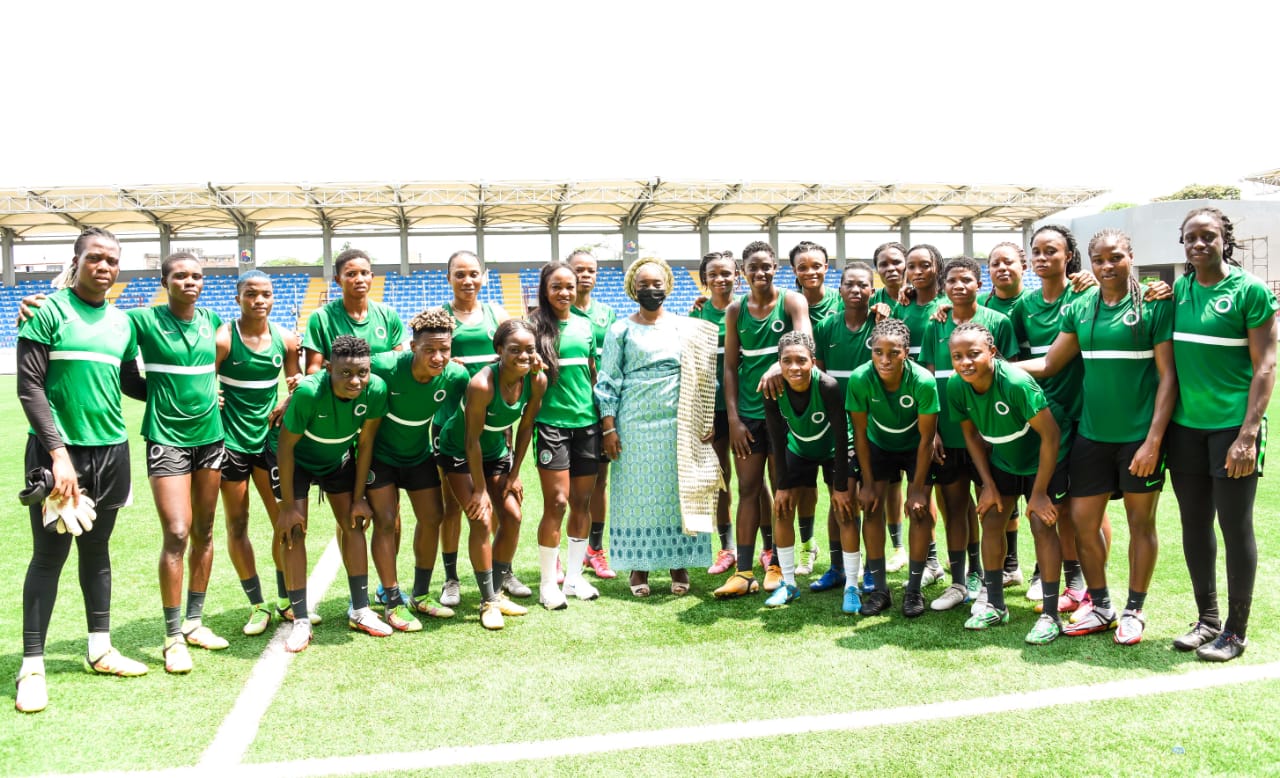 The First Lady of Lagos State, Dr (Mrs) Ibijoke Sanwo-Olu has charged football –loving Nigerians to give ample support to the Super Falcons’ quest for a place at the 12th Women Africa Cup of Nations finals in Morocco, as the nine-time African champions get set to fly into Accra on Saturday ahead of a second round, second leg encounter with the Black Queens. 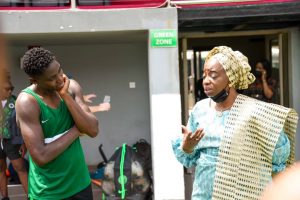 “I am here to commend you for the victory over the Black Queens in the first leg and to assure you of support for the second leg match coming up in Accra on Sunday. I have the belief that you will make Nigeria proud,” Dr (Mrs) Sanwo-Olu said as she paid a surprise visit to the team at its training session inside the Mobolaji Johnson Arena on Friday morning.

It can be recalled that Dr (Mrs) Sanwo-Olu was a conspicuous figure during the maiden edition of the Aisha Buhari Invitational Tournament hosted by the City of Lagos last month, and is known for her works in support of the girl-child.

She praised team captain Asisat Oshoala (an indigene of Lagos State) for being a role model and a shining example of how high a girl-child can rise with commitment in her calling. “You are indeed an inspiration to the girl-child and we are proud of you.”

The Super Falcons’ contingent to Sunday’s match will fly into Accra on Saturday morning aboard a chartered Air Peace jet. The team will have the official training at the Accra Sports Stadium at 4pm Ghana time (5pm Nigeria time) on Saturday.