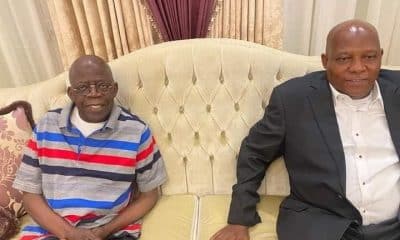 On Wednesday, Senator Adeyeye said Tinubu will not drop Shettima as his running mate because he is competent and a tolerant person.

The National Chairman of the Southwest Agenda for Tinubu 2023 added that the presidential candidate would not be pressured to drop Shettima to pacify those opposed to it.

Adeyeye advised Nigerians to place competence over religious sentiments and other issues of bigotry, adding that Tinubu has no such intention to Islamize Nigeria.

“Now, if Tinubu could not Islamize his wife, how will he Islamize Nigeria? He has no such intention and that would never happen under his watch. He was a tolerant man while he was a governor of Lagos State and there was no discrimination in his treatment of his cabinet members. All his policies favored the two religions.

“The same could be said about Shettima who went to the extent of rebuilding Churches destroyed by Boko Haram. Tinubu is not going to review or change this ticket because we believe it is a winning ticket and those who are against it are merely afraid we will win.”