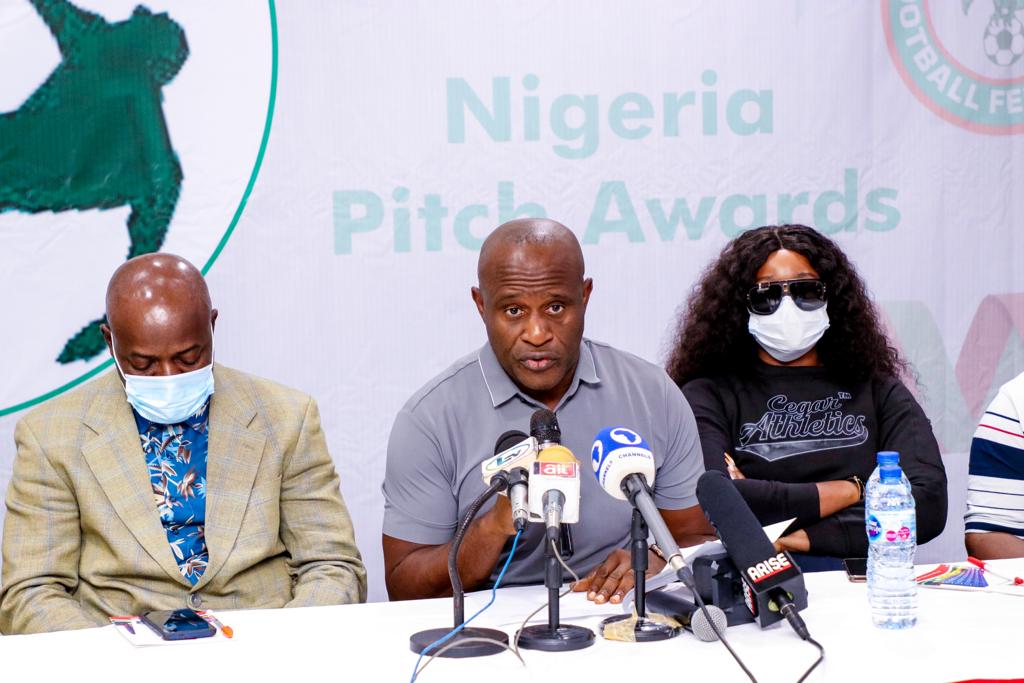 The 8th edition of the Nigeria Pitch Awards will be staged in March of 2022 the Organizers of the prestigious awards have disclosed.

According to the President of the Nigeria  Pitch Awards  Shina Phillips, the major highlight of the event would be the presentation of Special Achievement Awards to well-meaning Nigerians including the First Lady, Aisha Buhari “for her hosting the of the Aisha Buhari Invitational Women’s Football Tournament.

He further explained that the journey to the eighth edition of the awards “is the story of the determination of all stakeholders to create and sustain a reward platform for our footballers, administrators and football lovers and supporters.” 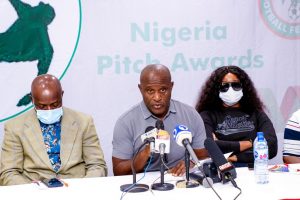 He recalled that in its inaugural press conference in 2012, the organizers promised that the Nigeria Pitch Awards would offer Nigerians more than awards to deserving footballers, adding, “In continuing with this vision to offer more to improve sports in Nigeria, we are pleased to announce an annual symposium on sports.

“The symposium which will precede the annual Award Ceremony will attract local and international speakers. Our vision is to make the gathering a unique opportunity to renew and re-focus national attention on sports in Nigeria and open up avenues for administrators to harness the opportunities sports provide. We will outline more details of this project in the coming months,” he stated.

Some of the Individuals also penciled down  to be honoured are Daniel Amokachi, the Senior Special Assistant to President on Sports who played a pivotal and historic role in Nigeria’s first appearance at the World Cup; and the President of the Nigeria Football Federation Amaju Pinnick for his contribution to the advancement of the game in the country. 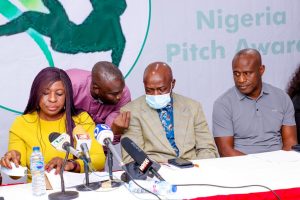 Others are Rangers’ Joe Aribo as he battles in the midfielder of the year category with Brentford’s Frank Onyeka and Leceister’s Oyinye Ndidi.  To slug it out for the king of the pitch awards are Paul Onuachu of Genk FC in Belgium,  Ndidi Onyinye and  Napoli”s Victor Osihmen.

Edo, Lagos and Delta States will battle for the State with the Best Grassroots Football Development Programme award, Governors Nyesom Wike, Babajide Sanwo-Olu and Ifeanyi Okowa will contest for the Football Friendly Governor of the Year award.

Shina Oludare, Tobi Adepoju and Fisayo Dairo are to battle for the Football journalist of the year Online category.

The Nigeria Pitch Awards , an Initiative of Matchmakers incorporated has been existing since 2012, and it is targeted at recognizing the country’s most outstanding football individuals year