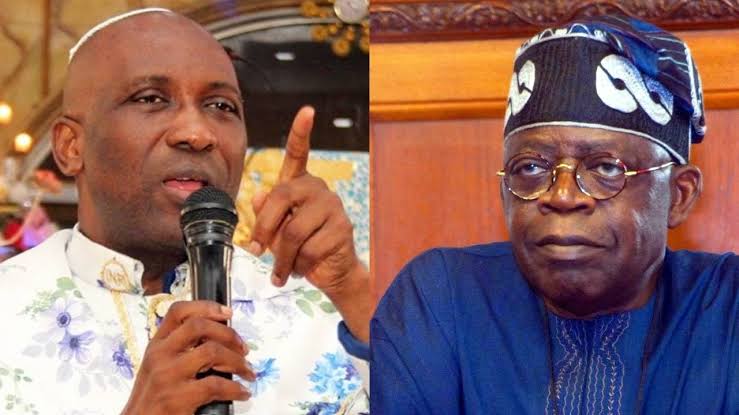 The race for who becomes the next president of Nigeria is really generating so much heat with all the political parties doing the needful in order to secure votes that will take them to Aso Rock.

The Muslim -Muslim candidacy of APC has brought widespread criticism for the ruling party as Christians in the nation are feeling cheated. The leader of Inri Evangelical spiritual Church,Lagos,primate Elijah Ayodele has equally frowned at this and told APC that God has rejected them.

Speaking to Orient Daily in Lagos, the cleric who is regarded as the number one seer in Africa said “Tinubu and APC does not have regard for Christians in Nigeria, for this act,he should know that he will not rule Nigeria, APC regime brought so much hardship, suffering,hunger and bloodshed, God has rejected them, the election is between Obi and Atiku “.

Christians in Nigeria have been furious with the action of the ruling party for arranging fake people to impersonate the office of bishop at the unveiling of the vice presidential candidate of the party.Primate Ayodele said “it doesn’t matter how many bishops he paid to be at the occasion, he should know that he will not rule because God is angry with him,i am not against him, I’m just saying what God told me to tell him, any clergy that supports the Muslim -Muslim candidacy of APC will see the wrath of God ,I’m just a messenger”.