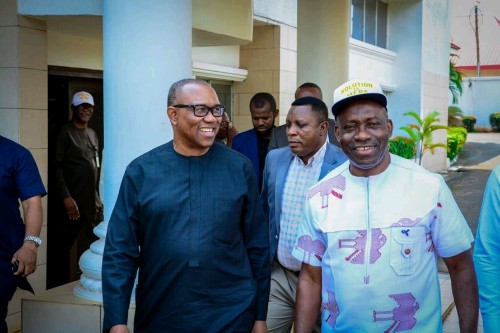 Peter Obi, the presidential candidate of the Labour Party (LP), has responded to the criticism of Chukwuma Soludo, governor of Anambra.

In a recent interview on Channels Television, Soludo had said the investments Obi made for Anambra while he was governor are now “worth next to nothing”.

Also, in an article published on Monday titled ‘History Beckons and I Will Not Be Silent (Part 1)’, the former governor of Central Bank of Nigeria (CBN), said the LP candidate does not have the necessary structure in place to win the presidency.

Speaking on Tuesday at the Lagos Business School (LBS) 2022 alumni conference, Obi said government is a continuum, and as such, Soludo can do better for the state since he is now in office.

“We had a policy when I was governor that any company, foreign investor who wants to invest in Anambra state, we will buy 10 percent of the company, and under the condition, we started an agreement that they will give Anambra people work to the minimum of not less than 40 percent.

“They built a facility in Anambra state. That facility is there today employing, directly and indirectly, over 10,000 Anambrarians. They bring one of the highest revenue source for the state.

“When you spread your investments, some will go up, some will go down. But overall, the company is still there, still doing well, and a part of a global chain.

“I didn’t explain it because of the comment of my brother. My brother remains my brother. We are very close and I remain prayerful for him.

“For other things which I didn’t succeed, God has given him opportunity to do it and succeed. For me, if there is anything pending, governance doesn’t finish. You stop where you stop; other people will continue from there.

“He is a governor of my state; my senior brother. He’s even more intelligent than me. He is a professor; I’m a trader. So, he will be able to do things more than I have done it.

“Now, the professor is there, he will do what I didn’t do. The school I didn’t roof, he will roof them.”