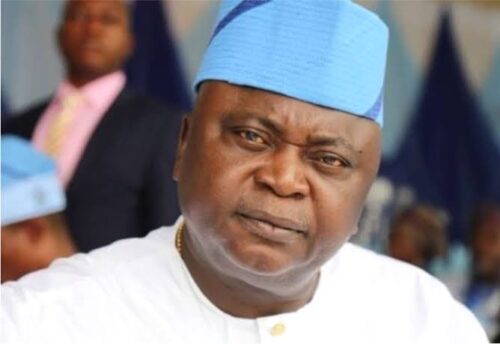 The Ogun State chapter of the Peoples Democratic Party, PDP is enmeshed in a deep crisis just like at the national level, which may not abate as soon as expected

The party announced the expulsion of its former governorship aspirant, Ladi Adebutu, and four others on Thursday and this came as a big shock to members of the party, especially ardent followers of Adebutu.

The expulsion, according to the party, was for alleged involvement in the manipulation of the delegates’ list used in conducting the May 25, 2022 governorship primary election of the party and flagrant disobedience to the court order.

Adebutu, who has been on suspension since October 25, was finally expelled along with four others – Taiwo Akinlabi, Sunday Solarin, Kayode Adebayo, and Akinloye Bankole, after the relevant Working Committee of the party, reviewed the report of a five-man disciplinary panel set up to look into the allegations of anti-party, indiscipline, division, and acts capable of bringing the party into disrepute.

The chairman of the disciplinary committee, Hon. Akintunde Mufutau said in a statement: “After a thorough review of the allegation leveled against them, the panel found Adebutu and others guilty. Subsequently, they have been recommended for expulsion and same has been communicated to the necessary organs of the party for ratification”.