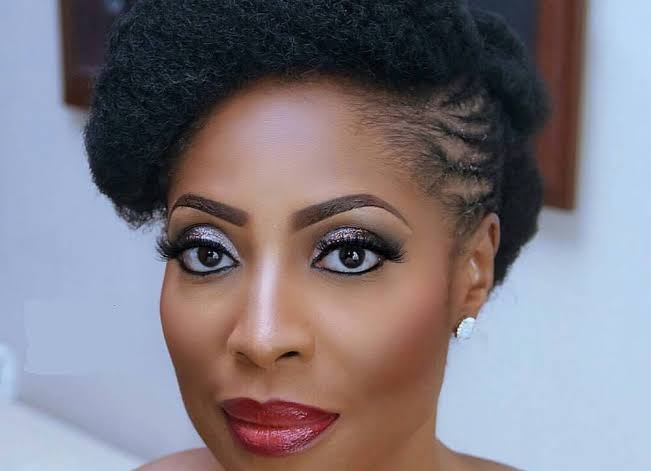 Mo Abudu celebrated mogulette and CEO of Ebonylife Films, has had a running battle with Tobore Ovuorie over copyright infringement over her Netflix film, “Òlòtūré“. The freelance investigative journalist alleged that EbonyLife Films adapted her 2014 undercover investigation on sex trafficking without her express permission.

“Òlòtūré” is the story of a young, naïve Nigerian journalist who goes undercover to expose the shady underworld of human trafficking. Unused to this brutal environment, crawling with ruthless traders and pimps, Òlòtūré finds warmth and friendship with Blessing, Linda, and Beauty, the prostitutes she lives with. However, she gets drawn into their lifestyle and finds it difficult to cope. In her quest to uncover the truth, this rookie reporter pays the ultimate price – one that takes her to the verge of no return.

In an interview with the International Centre for Investigative Reporting (ICIR) in November 2020, Tobore stated that “her agitation and demands are premised on the ‘fact’ that from the beginning and the end of the movie, EbonylifeTV wrote that the movie is fiction and at the open and end of the movie, five other people were credited for writing the story”.

She further explained that, on May 31, 2019, she received a letter dated May 30th, 2019 titled “Appreciation For Journalistic Endeavours,” from Ebonylife signed by Abudu. In the said letter, she stated that “Ebonylife disclosed it came across her story while conducting research for the movie, Òlòtūré and the movie was inspired by the published story, alongside other articles and projects”.

The letter was not to seek my permission to use my story but only to appreciate my effort and deposit some percent of the profit made in Nigeria to my non-profit organisation.

…They should have quietly apologised to me when my lawyers contacted them and all these won’t have been flying around. It’s a case of beating me and still want to dictate how I should cry. It’s horrendously wrong.

A film on exploitation is birthed by exploitation itself. Is that not a huge irony? What’s the difference between the traffickers and what they have done?

In a new statement shared via Mo Abudu’s Instagram page, her lawyers claim ‘Oloture’ is a “work of fiction and was inspired by a variety of true events”.

In her caption, she wrote:

Our Attention has again been drawn to the continued media engagements of Ms. Tobore Ovuorie which borders on the unfounded allegation of copyright infringement in relation to Oloture (or “the Movie”) against EbonyLife Films (“EbonyLife” or “the Company”).

We had refrained from placing a rejoinder to Ms. ovuorie’s publication, however, we are constrained at this time, to issue this statement to set the records straight and put an end to the disparaging statements by Ms. Ovuorie.

Page 6 of this picture carousel is a screenshot from the end credits of the movie, Oloture – it states boldy :

Thank you for your time.

Read the statement below: 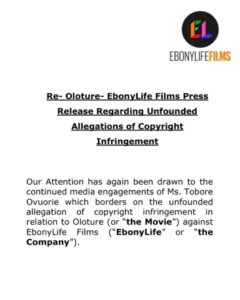 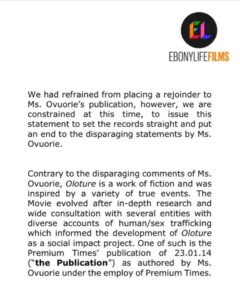 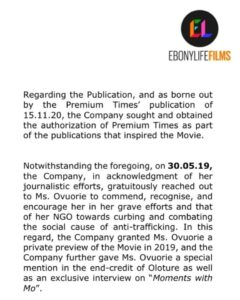 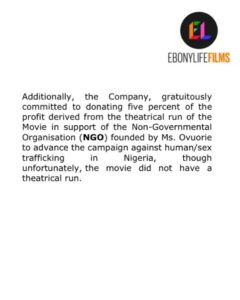 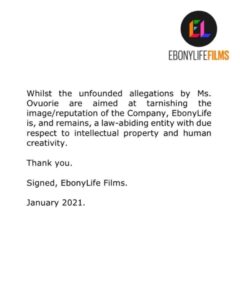