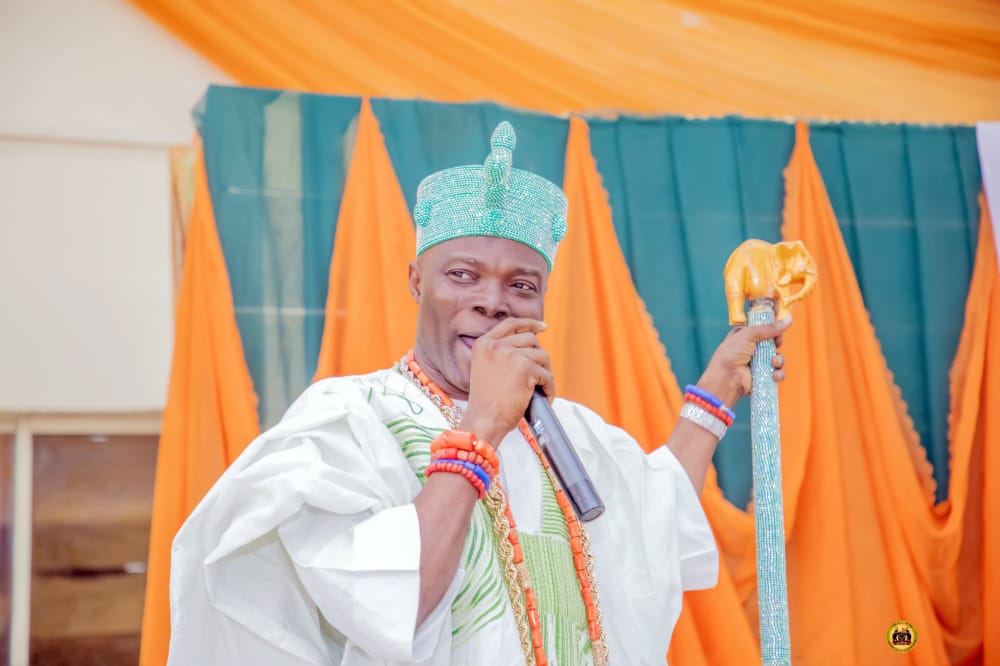 Olowu of Kuta, HRH Oba Adekunle Makama, Tegbosun III, has urged the Federal Government to Stop Nigerian youths from joining Ukrainian army Volunteer, adding that it will be counter productive.

Olowu In a statement he personally signed in the Palace on Thursday, admonished the young Nigerians who are patriotic to join the Nigerian Army to confront the Boko Haram and other security issues bedeviling our dear country.

The monarch hinted that if this initiative is allowed by the federal government, the end result will not be palatable.

Olowu explained that other countries are reviewing the situation with a view to find a lasting solution, allowing our youths to join the Ukrainian Volunteer Army will amount to Nigeria taking sides and contributing troops and can result in a diplomatic row because of our citizens residing in both Russia and Ukraine.

He said; “ Our youths willing to fight for Ukraine is not patriotism because we have our citizens in both countries.

“ Secondly, if they want to show their patriotism, they should join the Nigerian Army to confront the security issues bedeviling the country. And thirdly, we don’t want a situation where these young people will go to a foreign land and be indoctrinated and become terrorists in the future.

The young people are the future of this country, we should not allowed them to be a canon folder in a needless war and thus becoming diplomatic issues”, Olowu added.