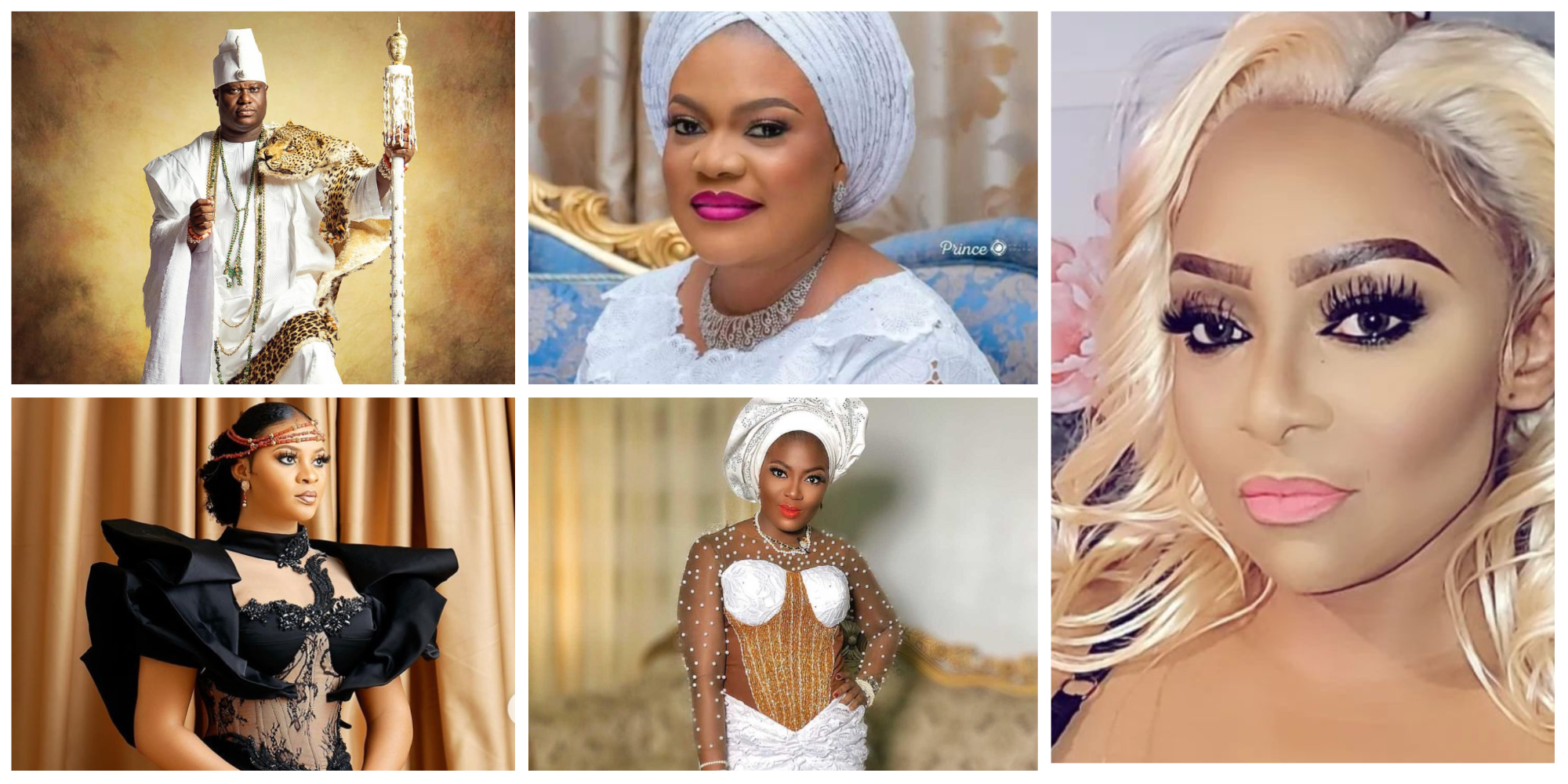 Nollywood actress, Victoria Inyama has reacted to the recent marriages of the Ooni of Ife, Oba Adeyeye Enitan Ogunwusi, to four different women within a space of two months.
Applesbite reports that this is coming amidst the new marriage of the Ooni to his long-time lover, Princess Ashley Folashade Adegoke.

Reacting to this, Victoria Inyama faulted the marriages stating that all the women are just marrying tradition and not the man.

While questioning if the trend is a community development scheme, the actress noted that the situation is not fair to both parties adding that it may not be what the Ooni really wants.

She wrote: All these women are just to massage his Ego, he’s not even present there, the women are marrying Tradition Not man and the women just want that status symbol….it’s a community development scheme….not fair on all of them even the King….he’s human and I doubt this is really what he wants.

Like the usual norm, the Ooni was nowhere in sight at the wedding ceremony, however, his chiefs, the royal guards and the royal staff were there to represent him.

Ooni Of Ife Marries Third Wife
On Sunday, 0ctober 9,2022, the Ooni welcomed his third wife, Tobi Philips to the palace amidst friends and family members who were in attendance for the special occasion.

Tobi has reportedly been dating the Yoruba traditional monarch for over six years before her official traditional marriage.

Ooni Of Ife Welcomes His New Queen
In September 2022, the Ooni welcomed his new wife, Olori Mariam Anako into the palace of the Oduduwa.

This publication gathered that the arrangements for the new marriage started in March when Ooni sent a high-powered delegation to her family to request her hand in marriage.

The Ooni’s new wife is reportedly an Ebira lady in Kogi State, her mother hails from Erin-Ile in Kwara and her family lives in Ilorin.