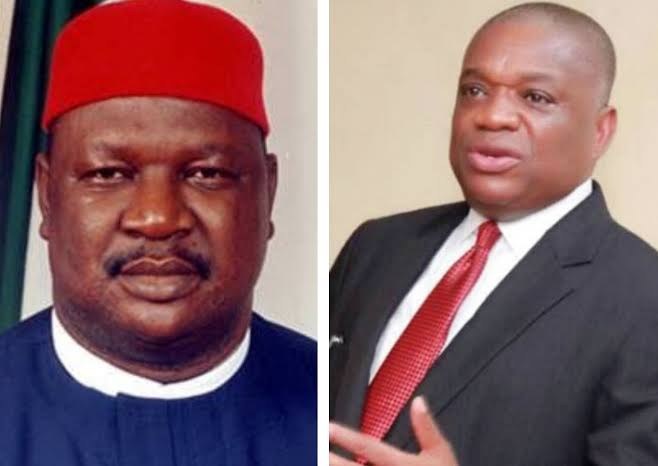 The Chief Whip of the Senate, Sen. Orji Kalu has congratulated former Secretary to the Government of the Federation (SGF), Chief Anyim Pius Anyim on his 61st birthday anniversary.

Kalu, in a goodwill message issued on Saturday in Abuja described the celebrant as a patriotic and selfless Nigerian.

Kalu acknowledged the contributions of Anyim to nation building in various capacities.

While urging the statesman to sustain his commitment to the peaceful co-existence among Nigerians, the Senator stressed that the celebrant is a highly detrabilised Nigerian.

Kalu joined family, friends and associates in celebrating the former SGF, while praying to God for longer life for the celebrant.

He said, ” I felicitate with the former Secretary to the Government of the Federation (SGF), Chief Pius Anyim as he clocks 61.

“At various times, he served the nation in different capacities, these roles he played diligently.

“Anyim has consistently advocated peace and unity among Nigerians regardless of tribal, religious and political diversity.

“The celebrant is indeed a consummate politician, astute administrator and philanthropist”.