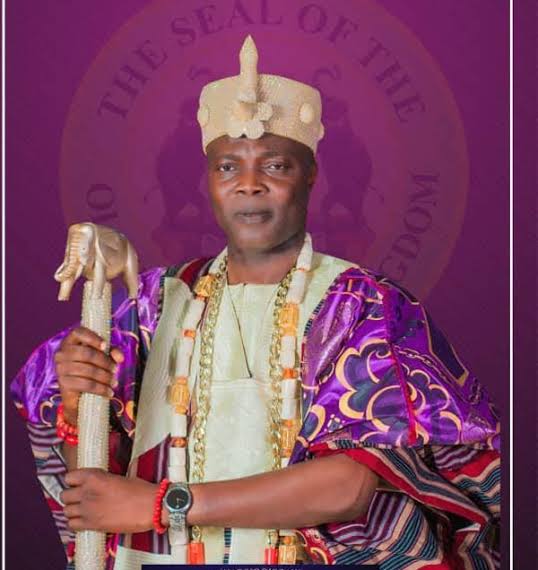 The Olowu of Kuta, Oba Adekunle Makama, Tegbosun 111, has raised the alarm about the infiltration of non-state actors stockpiling arms and ammunition at the behest of some politicians across Osun State.

The monarch raised the alarm in a statement he personally signed on Friday in Osogbo, the Osun State capital.

Oba Makama said he was disturbed by the activities of non-state actors who have infiltrated the state in order to perpetrate violence.

He added: “The member representing Ayedire Federal Constituency in the House of Representatives and party executives in the local government were having a sensitisation programme when some hoodlums, wielding dangerous weapons, started shooting sporadically into the defenceless people without any provocation.”

The monarch admonished politicians and their supporters to eschew violence, adding that it was an ill wind that blows no one any good.

The Olowu, therefore called on law enforcement agencies in the state to double their effort and ensure that there is no break down of law and order as the upcoming election draws nearer.

He urged well meaning citizens of Osun State to join in the crusade so that those bent on perpetrating violence will be fished out and made to face the full wrath of the law.

Oba Makama added: “What happened in Kuta yesterday was shocking to everyone.

“It was the height of irresponsibility.

“We have never witnessed such brigandage in our area.

“More worrisome almost all the actors are known.”

Suggested Read: Will Smith and David Oyelowo Team to Adapt ‘Onyeka and the Academy of the Sun’ for Netflix