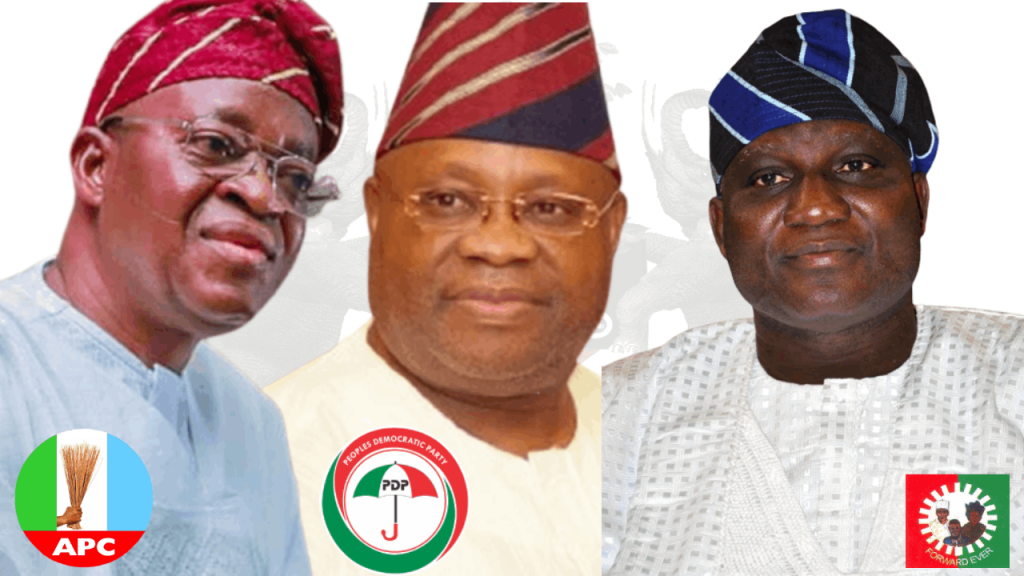 The Osun state chapter of the Peoples Democratic Party (PDP) has claimed victory in the ongoing governorship election , affirming that collated results from the polling units confirms PDP’s emerging victory at the poll.

In a statement issued at Osogbo on Saturday evening, the Caretaker Chairman of the party in Osun state, Dr Akindele Adekunle declared that the party has secured majority as well as more than two third spread across the 30 local governments and area office.

The party in the statement noted that the victory of the party at the poll is a product of mass mobilisation and grand coalition of people of Osun state against bad governance and insensitive leadership.

While thanking people of Osun state for endorsing and affirming Ademola Adeleke’s governorship bid, the party sternly warns against any attempt to tamper with the result of the election.

Ocean Marine Solution Ltd: His Majesty, Ogiame Atuwatse III The Olu of Warri, is Giving The Company a New Look Since He Took Over From The Late Captain Hosa Okubo

“We want to assert that Ademola Adeleke has won this election overwhelmingly going by results at our disposal. We warn against any plot by some agents of chaos to doctor the results. We specifically call on the Electoral commission to watch fifth columnists within its fold who may have been contracted for hatchet job. Osun people have decided and their votes must be respected”, the statement noted.

The party specifically called attention of the commission to a paid agent of the state government who is presently working round the clock to tamper with the results, vowing that any attempt to subvert the will of Osun people will be strongly resisted.