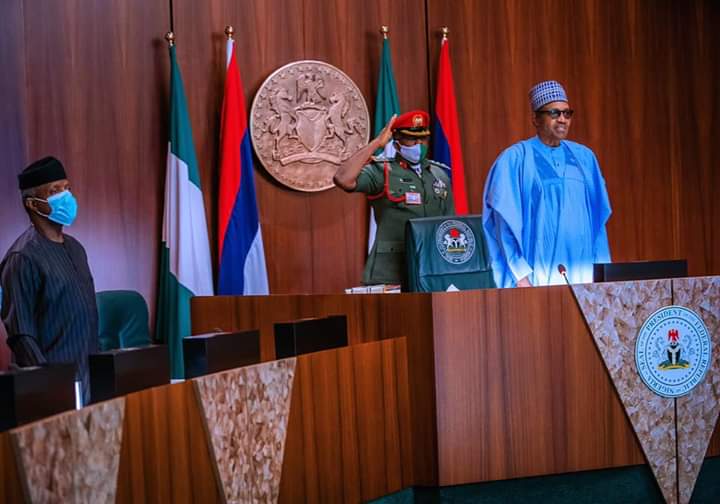 The meeting started immediately President Buhari arrived at 10am with the rendition of the National Anthem.


Also present at the FEC are ten ministers, who were joined by their colleagues via video conference from their various offices in Abuja.

The Ministers that are physically present are, Mr. Babatunde Fashola, Minister of Works and Housing, the Minister of Power, Saleh Mamman; Minister of Finance, Budget and National Planning, Mrs Zainab Ahmed; and the Minister of Information and Culture, Alhaji Lai Mohammed.

It’s expected that the Ministers that are physically present will prevent memos from the various ministries to the FEC.