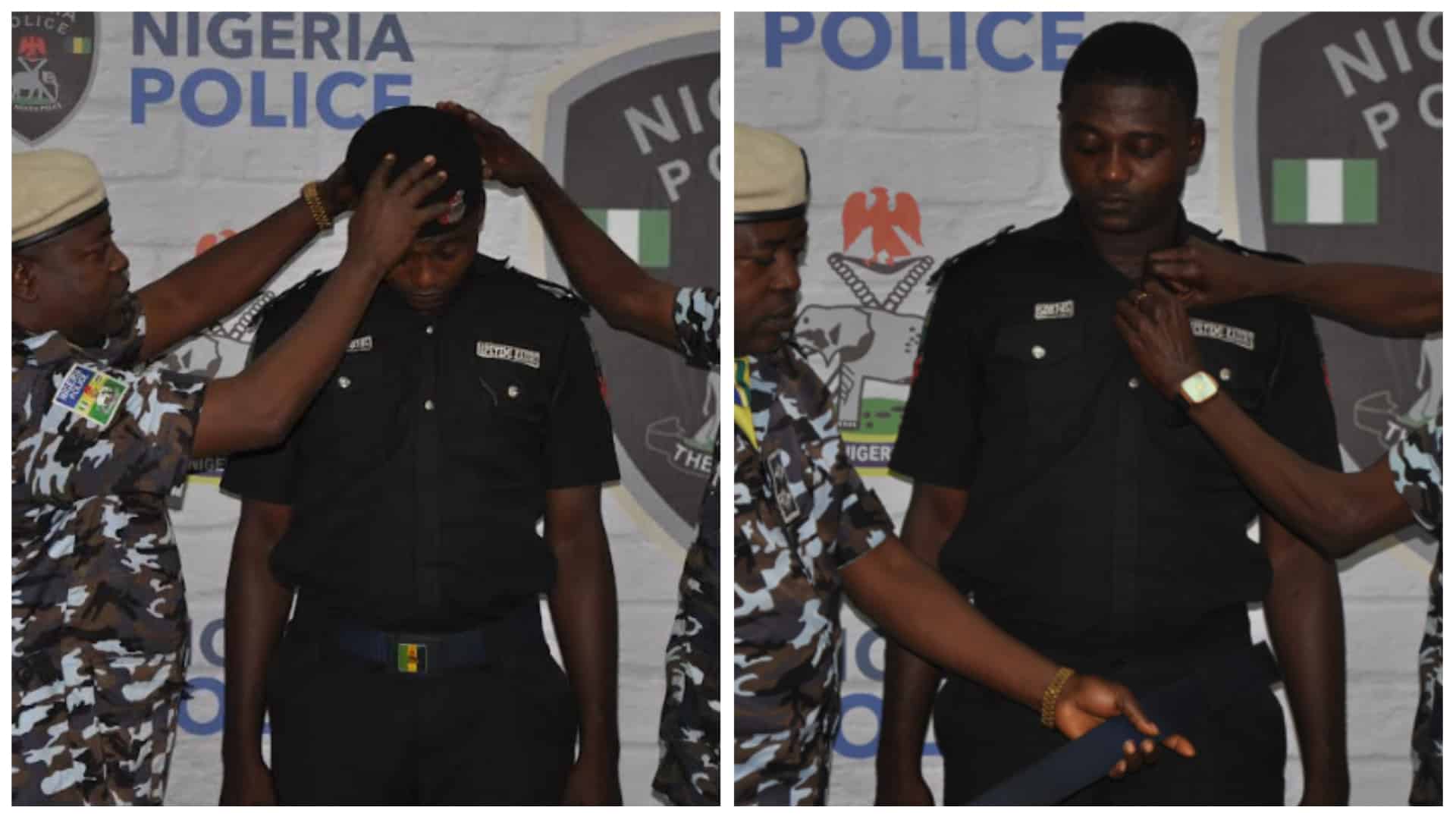 A policeman identified as Opeyemi Kadiri who was caught searching a commuter’s phone by the roadside contrary to the directives of the Inspector-General of Police has been dismissed for gross misconduct.
Naija News reports that the dismissed officer who, enlisted into the Force on 6th December 2016, with the Force, No, 509745 and attached to Dolphin Divisional Headquarters assaulted the commuter who attempted to bring the order to his notice.

According to the Nigeria Police Force, his dismissal takes effect from today the 12th of August, 2022.

The Force spokesperson, Olumuyiwa Adejobi, who announced the dismissal in a statement on Friday further urged the men of the Force to maintain professionalism and civility to members of the public in the discharge of their duties in line with extant laws.

He equally calls on members of the public to ensure proper conduct in all encounters with police officers to avoid infractions which may be subject to prosecution.

Officer Caught Beating Civilian With Cutlass Dismissed
Another Nigerian Police Force seen in a viral video beating a civilian with cutlass has been relieved from service, Naija News reports.

Shortly after the video surfaced, Nigerians expressed anger and called for justice after the erring officer, PC Liyomo Okoi, was spotted in the clip on July 31, 2022.

Last week, the Inspector General of Police (IGP), Usman Alkali Baba expressed interest in the case and summoned Liyomo to his office in Abuja.

In a tweet on Friday, the force spokesperson, Muyiwa Adejobi, said the IGP had summoned Liyomo to Abuja on Thursday and condemned him for his actions.